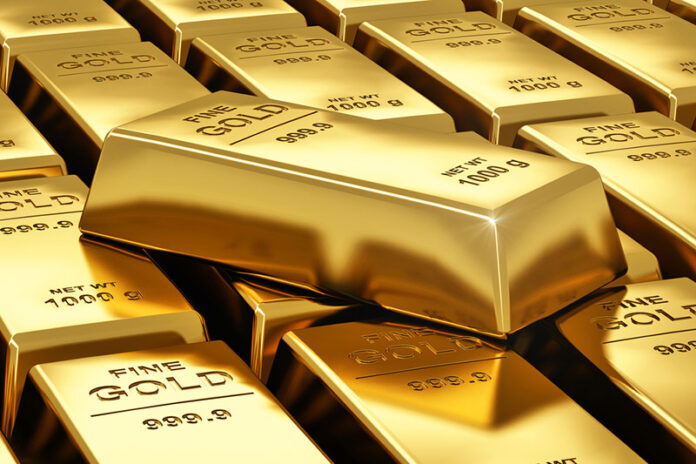 Gold prices have fallen one per cent due to profit-taking as gold scaled its seven-year high of $1,700 an ounce. This rally is owing to the deeper economic fallout that is underway due to the coronavirus outbreak around the globe.

“I expect gold to rise above the $1700 level and may scale to linger near the $1800 level. In terms of the local market, gold is likely to reach Rs100,000 per tola based on the trend in gold prices. However, this may turn out to be an opportunity for Pakistan. Gold will now be under cost by Rs5000 in comparison to UAE, making it the cheapest in Asia,” noted Haji Haroon Rasheed Chand, All Sindh Sarafa Association President.

He further commented, “Those days may not be far when international buyers buy gold from Pakistan compared to that period when Pakistanis used to buy gold from abroad.”

He attributed this phenomenon to the reduced purchasing power in Pakistan due to inflation and depressed economic sentiments. Spot gold fell 0.6pc to $1,663.35 per ounce by 0553 GMT on Monday, having reached its highest level since December 2012 at $1,702.56 earlier. US gold futures slipped 0.4pc to $1,665.30.

Gold prices jumped as much as 1.7pc earlier on Monday due to underwhelming Chinese trade data and owing to the severity with which coronavirus is spreading. Chinese exports have contracted two months in a row while Italy is on a virtual lockdown with nearly a quarter of its population quarantined. As per analysts, the sell-off in gold is more on the technical side. Traders had set $1,700 as a target price. Once attained, they engaged in profit-taking.

However, the sell-off trend is not likely to continue owing to heavy blow on equities around the world. US Stock futures dipped roughly five per cent. Markets are also expecting another rate cut from the US Fed at its policy meeting on March 18 despite an emergency easing move last week.