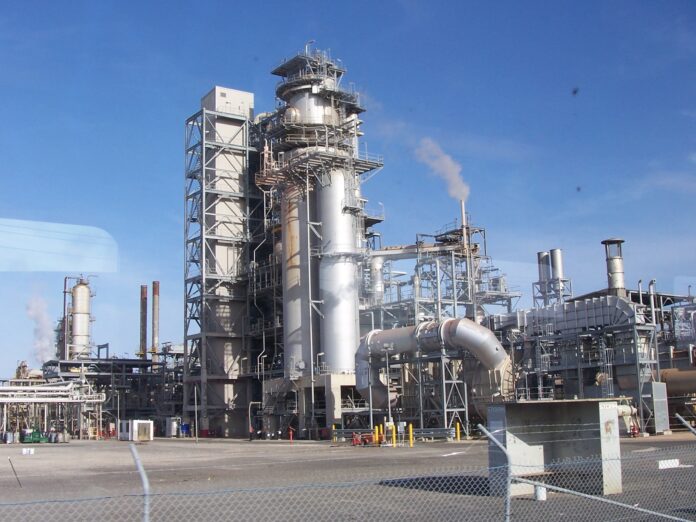 Oil prices bounced back 7 percent on Tuesday from the biggest one-day rout in nearly 30 years, as investors eyed the possibility of economic stimulus despite a price war between top producers Saudi Arabia and Russia.

US President Donald Trump on Monday said he will be taking “major” steps to gird the US economy against the impact of the spreading coronavirus outbreak and will discuss a payroll tax cut with congressional Republicans on Tuesday.

Both benchmarks plunged 25pc on Monday, dropping to their lowest since February 2016 and recording their biggest one-day percentage declines since Jan 17, 1991, when oil prices fell at the outset of the US Gulf War.

Trading volumes in the front-month for both contracts hit record highs in the previous session after a three-year pact between Saudi Arabia and Russia and other major oil producers to limit supply fell apart on Friday.

“In times of turmoil, nothing is more important in restoring confidence than the government appearing calm and in control of the situation, how tenuous that control may be,” said Jeffrey Halley, senior market analyst at broker OANDA in a note.

Crude was also supported by hopes for a settlement and potential US output cuts, although gains could be temporary as oil demand continues to be hit by the economic impact of the coronavirus outbreak, analysts said.

“Oil’s rally right now will likely be short-lived as the drivers for both the supply and demand side will remain bearish for now,” said Edward Moya, senior market analyst at OANDA.

Saudi Arabia plans to boost its crude output above 10 million barrels per day (bpd) in April from 9.7 million bpd in recent months, and has slashed its export prices to encourage refiners to buy more.

Russia, one of the world’s top producers alongside Saudi Arabia and the United States, also said it could lift output and that it could cope with low oil prices for six to 10 years.

US shale producers rushed to deepen spending cuts and could reduce production after OPEC’s decision to pump full bore into a global market hit by shrinking demand due to the coronavirus outbreak.

“When you look at the leverage the industry is in, at prices of around $30, it’s not profitable,” said Jonathan Barratt, chief investment officer Probis Group.

“Saudis and other Middle Eastern producers have their budgetary constraints, Russia is starved for cash and the breakeven for […] shale has to be around $50 a barrel. So the dynamics of all those put together will mean they will come to an agreement somewhere.”

On the demand side, the International Energy Agency said oil demand was set to contract in 2020 for the first time since 2009.

BEIJING: Alibaba said it will reorganise its international and domestic e-commerce businesses and replace its CFO – changes that come as the tech giant...
Read more
HEADLINES

ISLAMABAD: The government is likely to miss the wheat production target due to higher rates of fertiliser in the market. Sources said that small farmers...
Read more
- Advertisement -

December 5, 2021
ISLAMABAD: The government is likely to miss the wheat production target due to higher rates of fertiliser in the market. Sources said that small farmers...