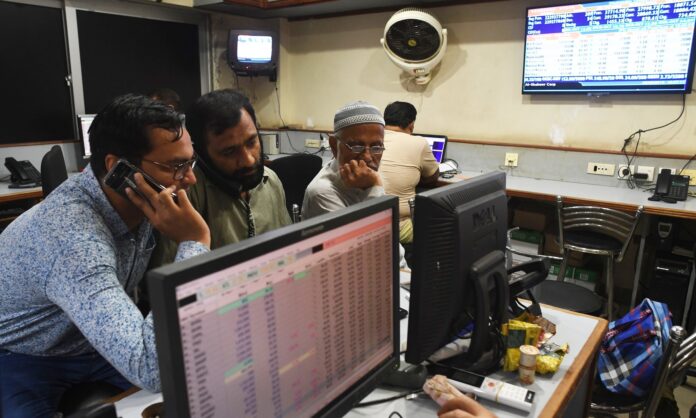 Heightened market volatility witnessed during the past week and a half has triggered five market halts at the Pakistan Stock Exchange (PSX). These automatic halts are triggered in order to calm panic-stricken market conditions and present an opportunity for the markets to cool down.

The central idea behind the implementation of market halts is to give investors the time to think about the market conditions without chaos crowding their judgment. This also gives them time to review and reassess the situation, gather information and make informed decisions.

Market halts act as speed bumps and prevent the markets from heading full speed toward a crash.

Saad Rafi, head of Sales at Al Habib Capital Markets, commented, “Circuit breakers help PSX from a free fall in panic situation — like 2008 and 2020. These circuit breakers not only limit the daily losses, they also give people time to rethink their investment strategy for the next day or any positive development comes after market hours will have limited losses on their portfolio.”

According to market participants, while the automatic halts are an attempt to inject stability in the market, they may not be as effective at calming panic-induced selling. As levels that induce market halts approach, some investors increase their panic-induced selling due to the fear of not being able to sell. This may push them to dump their stocks at any price they can get.

This is known as the magnet effect. The magnet effect theory claims, “As the market approaches levels near the circuit breaker threshold, investors will increase the volume by which they are unloading their shares. This is driven off the fear of being stuck with their positions given the market halt is put in place.”

However, while speaking on the magnet effect, Misha Zahid, equity analyst at Arif Habib Limited, said, “If you look at the past four halts, the market usually recovers after a cool-off period of 45 minutes. So, if an individual wants to sell, they will likely get a better opportunity once the market reopens.”

She further commented, “It has been observed that sale orders at lower circuits are mostly made by large investors, like funds, that have been given redemption calls, or maybe foreign investors. They will sell at whatever rate they find regardless of the lower lock in order to reduce their exposure immediately.”

A disadvantage of the market halts is the impact they have on liquidity. They reduce liquidity and have a strong impact on price discovery. Price discovery is the quantification of the willingness and investor has to sell or buy a number of shares. This may result in a larger bid-ask spread, which will further slow down the price discovery.

Sami Tariq, Head of Research and Business Development at Arif Habib limited said, “The circuit breakers in the market should be placed at a reasonable level. 5pc is too less.”

He feels 10pc is a reasonable level given the market conditions.

It is pertinent to mention that the Pakistan Stock Exchange (PSE) widened the circuit breakers and introduced a market halt from January 20, 2020.