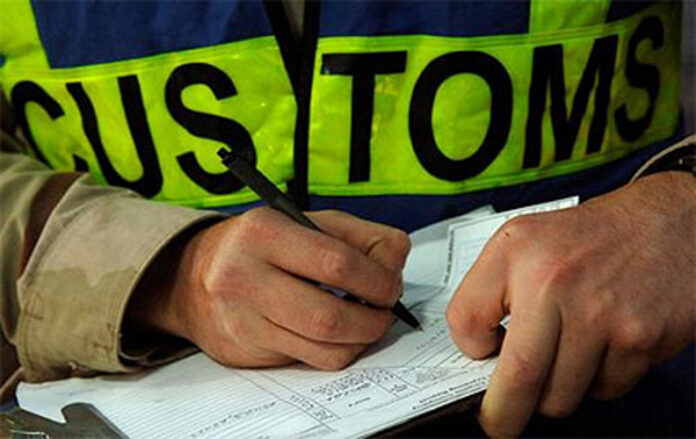 PESHAWAR: Customs clearing agents on Thursday complained that the whole responsibility of a scandal involving fake e-forms had been put on their shoulders by the Customs officials and that some agents had been booked in a case without any justification.

Addressing a press conference at the Peshawar Press Club, a group of agents led by Haji Subhan Ullah said after verification of e-forms by the customs agents, it is usually a standard practice that Customs officials and the authorised bank clear e-forms. Therefore, the custom agents couldn’t be held responsible for this illegal practice, they said.

Subhan Ullah said Customs authorities had put the whole responsibility on agents in order to clear their names from the inquiry being conducted by senior officials into the scam.

Other agents alleged after allowing more than 300 trucks to cross the Torkham border without paying custom duty, up to $70,000 worth goods were now being exported from the Khurlachi border by using fake e-forms.

The agents alleged the practice of incurring millions of rupees loss to the national exchequer was continuing with the convenience of Customs authorities.

They said two months ago, all e-forms that were cleared by customs officials and the bank were declared fake and agents were held responsible for that.

Another clearing agent Muslim Noor said through the Khurlachi border, rice, poultry, fresh fruit and vegetables are being exported, and clearing agents get Rs300 per form for clearance.

“After they clear the e-form, it is further cleared by Customs officials and the bank after which the export of goods is allowed,” he said.

Noor recalled that customs agents were booked in a case a month ago soon after an inquiry was launched against Customs officials.

He demanded the higher authorities to conduct an inquiry against the officials, who had incurred millions of rupees worth damage and take stringent action against those who were involved.

Adnan, a representative of Ibraham Trader that provides e-forms, said all forms were being provided to the clearing agents after being certified by Customs authorities and the bank.