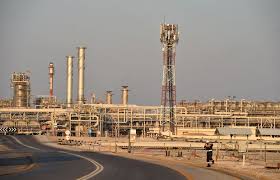 Oil prices slipped Friday as doubts grew over US President Donald Trump’s claim that Russia and Saudi Arabia planned to end their price war, a day after posting their biggest ever percent increase.

On Thursday, Brent had soared almost 46 percent a barrel while WTI jumped around 35 percent after Trump tweeted that Saudi Arabia and Russia could slash production by up to 15 million barrels to end a vicious price war.

Oil markets have been in turmoil for weeks after top producer Riyadh cut prices amid a row with Moscow, and then demand all but evaporated due to lockdowns and travel restrictions to fight the spread of the coronavirus. Trump said he had spoken to Saudi Crown Prince Mohammed bin Salman, who he claimed had spoken with Russian President Vladimir Putin.

“I expect and hope that they will be cutting back approximately 10 million barrels, and maybe substantially more which, if it happens, will be GREAT for the oil and gas industry!” said Trump.

“Could be as high as 15 million barrels,” he added in a subsequent post. But doubts began to grow after the Kremlin denied Putin had spoken to the crown prince.

Saudi Arabia did though call for a meeting of the OPEC+ oil producers to “stabilise the oil market”, just one day after the kingdom boosted supplies to record levels. Riyadh is the kingpin of the OPEC cartel. Some analysts were skeptical such a major deal was within reach, while Bloomberg News cited a person familiar with the situation as saying Trump’s goal was purely aspirational.

“This could, of course, be a very substantial development, even in view of the massive oversupply of 25 million barrels a day that the market is currently facing,” Magnus Nysveen, head of analysis at industry consultant Rystad Energy, told Bloomberg.

The deal “sounds too good to be true,” he added.