--Says license/permit fee to be refunded to foreign hunters 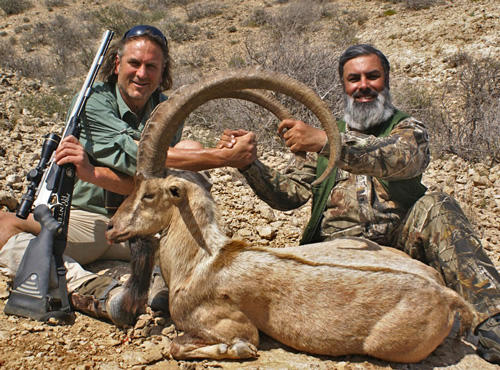 ISLAMABAD: Though the government of Gilgit Baltistan earns thousands of dollars annually through the trophy hunting programme of rare species like Ibex, Markhor, Urial, Blue sheep etc, it has banned the programme for the remaining season of this year owing to the coronavirus outbreak.

Through a notification issued on Saturday, the Chief Conservator Forest Parks and Wildlife department has banned the hunting programme 2019-20 for local and foreign hunters.

According to the notification, continuation of the Trophy Hunting Programme in GB for the hunting season of 2019-20, involving local and foreign hunters, outfitters, tour operators, field staff of the department, transporters, hotels and community members is not suitable for the sack of human health and as precautionary measures. Hence, in the above stated circumstances, further continuation of the programme is not possible.

“Keeping in view the situation and as precautionary measure in the wake of the virus outbreak, I in my capacity as Chief Wildlife Warden, hereby declare imposition of ban on all kind of legal hunting inter-alia Trophy Hunting Program 2019-20 in GB with immediate effect,” said Dr Zakir Hussain Chief Conservator GB.

According to the notification, fees of unused hunting permits will be refunded to the hunters/outfitters, however, the permit will not be transferred to the next trophy hunting season as per provision of prevailing Trophy Hunting Rules.

Before this notification, a Russian citizen named Shirokov Evgeny had hunted Astore Markhor in Sikandarabad valley of Nagar last month, making it the fourth hunt of this year’s trophy hunting programme in GB.

According to the Wildlife department’s officials, Evgeny had paid $82,500 permit fee for the 49-inch-long horn-sized hunt. Four permits were issued for the highest-rated Markhor hunt for the current season. The Russian shot dead the animal at a distance of 700 feet on a mountain in Nilt village.

Earlier, the department had announced auction of licenses for hunting of 124 rare species including four Markhor under the trophy hunting program. The trophy season that started in November 2019 was to be continued till mid of this year, while the season of lawful hunting of birds was to continue till April 30, 2020.

The regional government had also auctioned licenses for hunting of rare animals including four Markhor, 20 blue sheep and 100 Himalayan Ibex.

Under the trophy hunting program, 80pc of the generated amount is distributed among the local community, while 20pc is usually submitted to the government’s kitty.

GB is home to many rare species including Marco Polo Sheep, Ibex, Markhor, Urial, Blue Sheep, snow leopard, wild cat, brown and black bears, wolf, fox, Chakor, and golden eagle for which special programmes for their conservation were launched to increase its population.

According to the government’s scheme, 12 licenses for Markhors are issued every year in Pakistan and four in GB.

According to the department’s data, the Markhor population in the province has increased to over 6,000 from merely 200 in the 1990s.

The Trophy hunting season runs from November to May as Markhors prefer cold, they can usually be found at the height of 8,000-11,000 feet, however, during winters they descend to 5,000-6,000 feet.