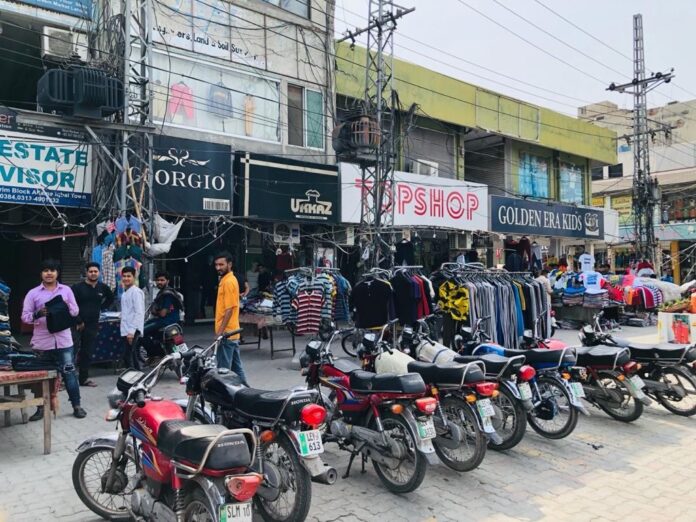 PESHAWAR: Various trade bodies of Khyber Pakhtunkhwa on Sunday demanded the federal and provincial governments to include small businessmen and traders in the economic relief packages as they couldn’t afford more coronavirus-led lockdowns in the province.

Small traders urged a comprehensive package, and otherwise warned they wouldn’t accept any further lockdowns and open their shops from April 14.

They further demanded interest free loans of up to Rs1 million, relief from taxes, 75pc relief in utility bills and 20pc discount in daily commodities.

According to traders, they were already hit hard by terrorism in KP, and now the government has shut down their businesses when conditions started improving.

President of KP Trader Alliance Mujeeb-ur-Rahman told Pakistan Today that despite suggestions to KP Finance Minister Taimur Saleem about difficulties faced by small traders, no attention had been paid so far.

He urged for a comprehensive package for small traders in exchange for more lockdowns in the province, saying if not compensated they would not accept any further closure of their shops.

Mujeeb said due to the closure of businesses, not only big businessmen but also small traders have been affected.

Small traders say they have right to be supported like major industries for which the federal government has announced Rs200b and the KP government Rs15 billion.

They demanded to open matches, tobacco and honey factories to start activities by adopting precautionary measures to avoid the coronavirus spread.

Pakistan Business Community KP has demanded to open businesses from 10am to 5pm, asking the administration to relax lockdown after April 14.

They sought all security measures from the government and ensured that the traders would follow all precautionary measures.

Traders asked the Sarhad Chamber of Commerce and Industries (SCCI) to provide a loan of Rs100,000 to small traders and urged the Chamber to talk to the State Bank for interest-free loans of Rs2.5 million for small traders for up to 15 years.

The All Shoes Maker Association of KP in its meeting also announced to open shops from April 14, adding that terrorism affected traders could no more afford to close their shops.

He said 150 shops in gemstone market in Namak Mandi be allowed to open as most of their business is conducted via internet.

Mansour claimed their business working would spread no virus, saying daily wagers were unable to earn their living due to the lockdown.

He demanded Rs2 million worth urgent package to recover losses incurred to the gemstone business in the province.