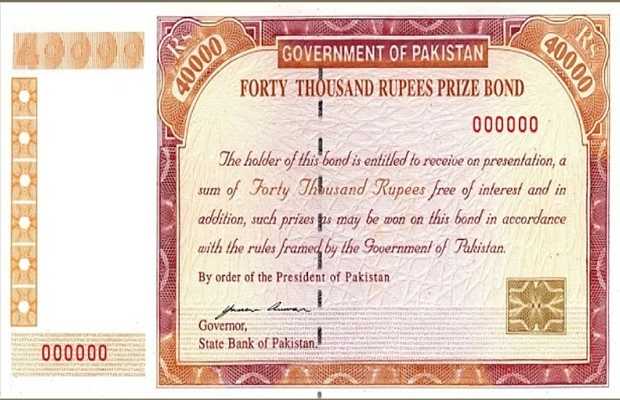 The Central Directorate of National Savings (CDNS) has said the investors of Rs 40,000 prize bonds have withdrawn Rs 253 billion by April 10, out of the overall reserves of Rs 258 billion in CDNS in these prize bonds.

After the decision taken by the federal government, the CDNS had discontinued the specific bond by June 24, 2019, a senior official of CDNS told state-run news agency here.

The State Bank of Pakistan (SBP) had directed that national prize bonds worth Rs 40, 000 denominations should not be sold after June 24, and would not be encashed or redeemed after May 31, 2020.

The bondholders had been given the option of either replacing them with Special Savings Certificates (SSC) or Defence Saving Certificates (DSC), premium prize bonds through State Bank of Pakistan (SBP) field offices or National Bank of Pakistan, United Bank, Habib Bank, Bank Alfalah Ltd, and Allied Bank or encash them at the face value.

The National Savings is expecting that total amount to be drawn by the investors would be around to Rs 215 billion by end of December 2019, out of which Rs. 40 billion were drawn in October and Rs 112 billion in two months November and December of the same year, he informed.

Replying to a question, he said the CDNS had decided not to change the rates of different certificates for March 2020, to promote the culture of savings in the country.

The CDNS has already increased rates on various savings certificates aimed at persuading the customers to invest with CDNS.

“In the previous board meetings, the CDNS notified the upward revision in the profit rates for various saving certificates with effect from November 1(2019 ), encouraging people to invest in various schemes of the Directorate,” he said.

The official was of the view that the upward revision of these certificates would generate more revenues that could be utilized as budgetary support by the government to overcome budget deficit problems.