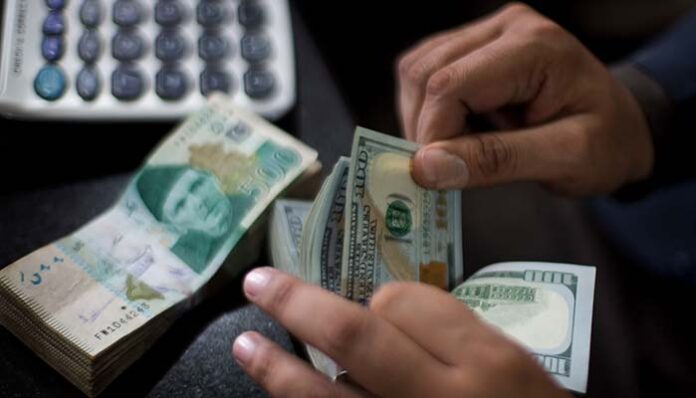 The US dollar on Thursday slipped by Rs1.44 against the rupee to close at Rs160.175 in interbank market.

Compared to the opening value of Rs161.61, the decrease represented a loss of 0.89pc.

“After two days of hot money outflows, there was a pause, and the rupee recovered smartly,” said Tresmark analyst Eman Khan.

Recent gains in global capital markets, compounded with hopes of a new coronavirus treatment, have made traders optimistic as they are expecting an inflow of portfolio investment, she said.

During April, around $208.75 million of hot money has been poured into market treasury bills — as against none in March — while liquidating over $799m from the same.

The rupee was on the path to recovery for much of last week before the trend reversed on Friday, causing it to decline by 50 paisas.

The rupee opened the new week on the same note and fell another Rs1.17 against the greenback.

However, on Wednesday, the rupee held steady, moving up four paisas before gaining Rs1.44 today.