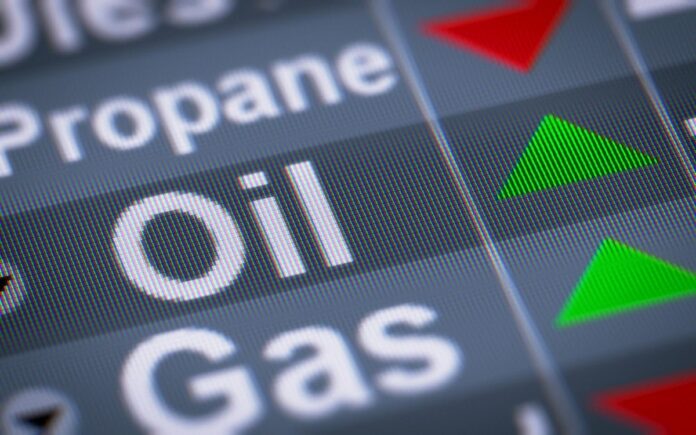 KARACHI: The Petroleum Ministry, in consultation with Habib Bank, JP Morgan, Standard Chartered Bank, and Citi Bank, has advocated hedging a proportion of Pakistan’s exposure for the import of petroleum products in a summary submitted to the Economic Coordination Committee (ECC).

The ministry aims to hedge crude oil, motor gasoline, high-speed diesel, and LNG, besides attaining approval for a call option for 15 million barrels of oil for a year, which will be divided in 12 months for a strike price of $8 premium above the current price of Brent.

In addition, it seeks approval for another call option of 15 million barrels of oil for two years, divided between 12 months for a strike price of $15 greater than the current price. Both scenarios are as long as the fee is within the acceptable range.

Thereby, a vast majority of analysts believe that hedging is not the wrong way to go. Adnaan Sheikh, a market analyst says, “It’s about time the government matured enough to hedge oil, however, it is disappointing that the government has to rely on a consortium of international bankers and cannot rely on local or regional banks, due to the unprecedented nature of the task for Pakistan.”

Market players have been calling on the government to take action citing the multitude of benefits it can bring if carried out correctly.

“At a time when the IMF is said to be pushing for new taxes and expected current account imbalances due to slowdown in remittances and exports, hedging oil now will not only provide an external account cushion but also fiscal support to maintain the monetary easing stance of the government and will help recover GDP in the fiscal year, explains Baqar Jafri, Economist & CEO at Investors Lounge. “It’s not a novel idea. Oil importing countries around the world have already started working on it. Pakistan will be very unfortunate, not to fully capitalize on it,”

What is the price outlook and how should Pakistan tread?

The general market consensus is that the oil market has bottomed out and that it is headed to recovery. As per Qasim Anwar, a technical analyst at AKD Securities, “I think crude is still in a recovery mode. In my opinion, Brent crude can recover up to $37 to $38 by the first half of June 2020. The said target meets the 38.2% Fibonacci retracement of last interim fall from $71.85 to $15.98”.

Maha Kamal, an International Public Policy Specialist states, “ it is a sensible proposal to have multiple call options and hedge prices at a figure that smoothens the overall impact to Pakistan’s economy.” She adds, “policymakers must be incredibly cautious about what they hedge to — waiting for the price to bottom out seems like a good idea on the surface, but it can be risky to lose the deal altogether. Waiting for a semblance of price stability is sensible, so that reasonable forecasts may be made. Hedging for a price between $20-40 may be the best-case scenario.”

How can hedging help Pakistan?

As per Tahir Abbas, Head of Research at Arif Habib Limited, “Considering how Pakistan imports approximately 75-80 pc of its energy needs, the decision to hedge would be positive if the spot prices are higher than the price hedged at.”

However, Abbas adds that the impact will not be as strong if the government chooses to adopt a weak position. He adds, “Considering the underlying thesis that oil prices will go up, say after 6 months, the government’s decision to hedge only 15 pc of the exposure will not be adequate enough. Following the initial deal, the government should increase it to 50 pc or higher.”

“The government needs to take into account shocks in demand, such as the drastic rise in demand for high-speed diesel last month. While demand is dampened due to COVID-19, low petroleum prices may lead toward higher offtake” he adds.

Similarly, Fahd Sheikh, an Investment Banker reiterates the government’s cautious stance while hedging prices. He says, “The government is surely on the right track and taking brave yet smart moves, however, exposure of 15-20 pc is certainly not enough. In order to reap larger gains, the government can revisit in a month and push up the hedging exposure to 50 pc.”

He adds that considering the government cannot buy large quantities in the spot market due to storage and FX restraints, the call option makes more than sense. Countries like China, India, Indonesia, Vietnam, Malaysia, and Japan are looking at different options to hedge their positions. In Pakistan’s case, futures and call options outshine the other alternatives in terms of feasibility.

Dr Abid Suleri, Executive Director of the Sustainable Development Policy Institute opines, “In the past, governments were reluctant to hedge POL prices because they thought it was too risky to hedge. GOP should go for 2 years all option, rather than straight swap which may be more adventurous for GOP.” He adds, “If PIA were a profit-making airline, then it was the best time for it to hedge for fuel prices.”

What precautions can the government take?

Considering how option prices move up when there is volatility, Umer Farooq, Investment Analyst at AKD research says that the government should conduct preliminary cost-benefit analysis.

Dr SM Naeem Nawaz, Head of Macroeconomic Analysis & Energy Economics at the Punjab Economics Research Institute explains how the finance ministry should ensure to take a financial point of view before progressing. He opined, “Economically, it is a good idea but the Ministry of Finance should involve a financial expert on hedging who is not available yet. It may not be practically possible. Market dynamics are too complex which do not move with the wishful thinking of any community group.”

Will this result in another LNG Scandal?

The chances of oil prices going below the current threshold remain low as per market sentiments. The situation has a stark contrast with the LNG deal considering how the LNG deal was a 15-year long contract made at a time when the market was bullish toward LNG. The volatile nature of commodities means that locking in risk for the long term remains complicated.