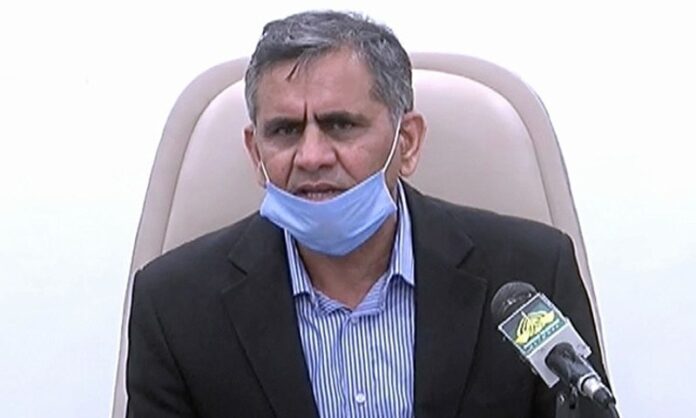 KARACHI: Pakistan International Airlines (PIA) Chief Executive Officer (CEO) Air Marshal Arshad Malik on Friday vowed that a transport inquiry would be conducted and the affected families would be given accurate information regarding the incident.

While addressing a press conference in Karachi, the PIA CEO expressed deep sorrow over the loss of precious lives in the plane crash incident.

He said that the airline has lost its frontline warriors and the cabin crew sacrificed their lives. He added that all persons deceased in the plane accidents were ‘martyrs’.

The CEO said that all certification of the crashed plane was complete. The plane, PK-8303, was fully prepared to take flight on technical grounds.

He said that a thorough investigation is the only way to ascertain the facts behind the plane crash.

“The dead bodies of 19 martyrs were present in Jinnah Hospital and 22 in other hospitals,” he added.

Air Marshal Malik said that the pilot had attempted to land at the airport but landing gear was not opening. “The plane was crashed when the pilot made another attempt to land the aircraft. I am unaware of details about the survivors excluding Zafar Masood,” he said.

He announced that the incident would be investigated by the internationally certified experts in Pakistan in order to get accurate details.

“The pilot had informed ATC that he was prepared to land but something went wrong during the second attempt. The manufacturers of Boeing and Airbus aircraft monitor the activities of the planes. The manufacturer would also raise alert if safety is being compromised,” he said.

According to a notification issued in this regard, the investigation team shall exercise powers conferred by Section 3 & 4, Rules 272 to 275 of Civil Aviation Rules, 1994, and furnish its report to the Aviation Division in the shortest time possible. However, a preliminary statement should be issued within one month of the date of the notification, it added.