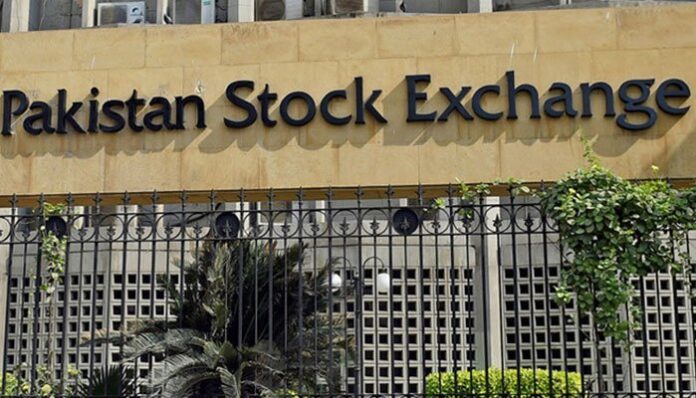 “Whats in a name? That which we call a rose by any other name would smell as sweet” – Romeo & Juliet

Last week I was talking to a fund manager from Singapore, and I mentioned to him that until 2008, the Pakistan Stock Exchange (then called Karachi Stock Exchange) used to have daily traded volumes of around $500 million. I told him that currently there is no leverage available in the market for share financing. This is why the daily traded volumes have shrunk by more than 90% to less than $50 million.

Pakistani banks are not too keen to lend in general. They do not need to, given the high returns on government bonds. As a result, most of the volumes on PSX are cash volumes.

The Singapore-based fund manager had a great suggestion. He suggested that based on the experience of regional markets, especially in the crypto-exchange eco-system, there should be a peer to peer (P2P) fund, which could solve this market failure. Savers could invest in a pooled fund, which then could provide loans to borrowers to fund their purchase of stocks.

While this sounded like a wonderful innovation and a neat solution, the dilemma is that this is very similar to the financing product which was popular in Pakistan, called “badla”. Badla was phased out in 2008 by the regulator. They wanted banks to provide loans. A desire that remains little more than a wish.

Liquidity is critical for any stock market. Most global investors cannot invest in illiquid stocks due to their risk management requirements. Out of the 580-odd listed companies, fewer than 14 stocks in Pakistan have greater than $1 million of daily traded volumes, which is considered to be the minimum investable threshold for global investors. Liquidity also drives the earnings for the capital market infrastructure provides; the brokers, the exchange, and the clearing and settlement systems. The whole sector has shrunk ever since leverage was pulled out.

High liquidity used to be a major strength of Pakistani’s capital market. In fact, in 2005, Spencer White, the Asian Strategist of Merrill Lynch highlighted this high liquidity in his initiation report, which drove the market rally between 2005-2008. He wrote that the daily traded volumes on the KSE were greater than many East Asian markets combined. KASB was the local partner of Merrill in those times. Spencer and later his colleagues had Pakistan as their top pick in Asia.

That is, of course, history. A side note on the mention of history: VCAST has published a couple of videos on the history of the KASB Group which might be interesting for some.

Before attempting to sleep tonight, I saw a recording of a recent Webinar on Pakistan’s capital markets organized by Pakistan Institute of Development Economics (PIDE) – a government-backed think tank. One of the speakers – Khalid Mirza – identified phasing out of badla financing as a policy mishap which shrunk the equities market in Pakistan.

He observed that perhaps the regulator didn’t like the word, “badla”. It sounded too local, too negative. He said perhaps it sounds similar to “hawala” which was a traditional way of cross border money transfer, which was deemed to have loose know-your-client (KYC) and anti-money laundering (AML) controls.

While my musings are mere humble opinions, Mirza’s assessments matter. He was the chairman of Securities and Exchanges Commission of Pakistan (SECP), the founding chairman of the Competition Commission of Pakistant (CCP), and prior to that spent many decades as a financial specialist at the World Bank. Until last week, he was the chair of the SECP’s policy board and currently teaches at LUMS.

Watching his talk ended my attempt to sleep before waking up for sehri. I realise Mirza has a valid point. I also blame the name. It is interesting that he gave parallel with another financial product with a local name “hawala”. Hawala was the standard way used by immigrants to send remittances back home prior to 9/11. Stricter compliance controls have led to phasing out of hawala.

However, that is not the end of it. The primary claim to fame of Transferwise, a fintech Unicorn and darling of the UK fintech scene, was peer to peer matching of remittances in the sender and recipients corridor. So for example if I was sending £100 to someone in Pakistan, they would match it with someone who wants to send Rs20,000 to the UK. The net settlement will be zero and no money will actually cross borders. This was hailed as a major financial innovation and the genius of the founders. The Financial Times quoted me on a story on TransferWise back in 2014, and yes, I am missing the happy days of covering European tech.