Fiscal deficit may surge to 9.4pc of GDP, Senate told 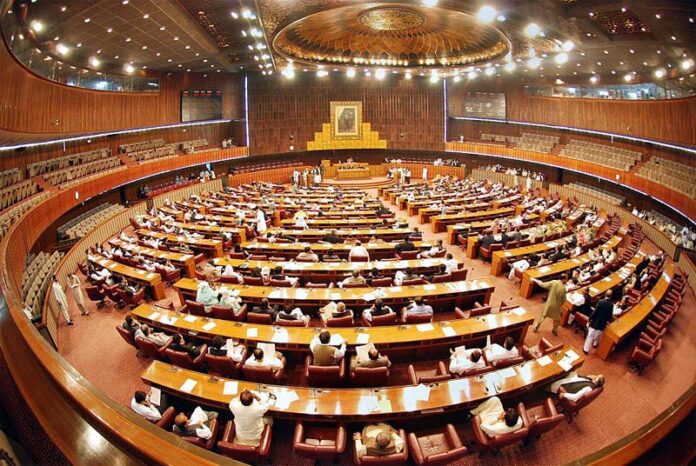 ISLAMABAD: Industries and Production Minister Hammad Azhar on Friday informed the Senate that the Federal Board of Revenue’s tax collection for this fiscal year may drop to around Rs3,905 billion, as against the pre-corona target of Rs4,800 billion.

Responding to various supplementary questions during question hour, he said due to the pandemic, a loss of Rs700-Rs900 billion was expected in the last quarter.

“With a shortfall in revenues and an increase in public spending due to stimulus package, the fiscal deficit is expected to exceed the target of 7.5pc of GDP and might go up to 9.4pc of GDP.

On a query, he said the incumbent government has successfully brought down current account deficit from $20 billion to $3-6 billion.

He said since 2018, Pakistan has received $1.44 billion under the Extended Fund Facility (EFF 2019-2023) and $1.38 billion under the Rapid Finance Instrument (RFI) from the International Monetary Fund (IMF). Similarly, an amount of $1.27 billion has been returned to IMF since March 2018.

To another question, Azhar said the government had announced a stimulus package of Rs1.24 trillion to support different segments of the society, including businesses, during the Covid-19 pandemic.

He said due to low economic activity in EU, USA, UK, Middle East and subsequent fall in commodity prices, exports of Pakistan would remain around $21-$22 billion ($25.5 billion before coronavirus).

“Workers’ remittances are expected to remain around $20-$21 billion ($23 billion target before coronavirus). In total, three million jobs were likely to be lost in the initial round of the crisis,” he added.

He said due to Covid-19, the Pakistani currency depreciated by 7.5 per cent on a monthly basis in March over February FY20.

“However, our initiatives have helped reduce the inflation rate from 12pc to 8pc. We have also reduced the petroleum prices which are currently the lowest in South Asia.”

To another query, the ministry said the number of tax filers has increased from1.6 million to 2.6 million in a year as a result of steps taken by the present government.