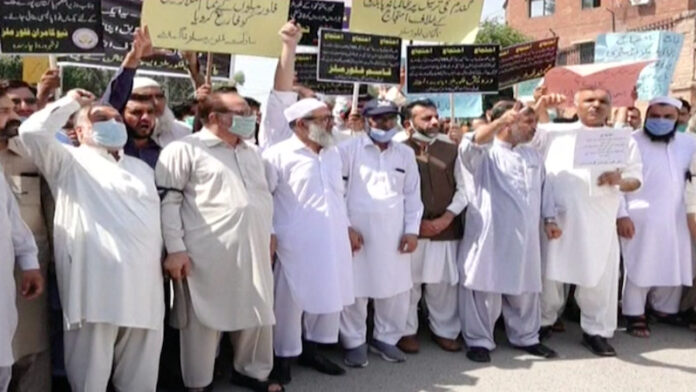 PESHAWAR: Owners of flour mills in Khyber Pakhtunkhwa (KP) protested on Saturday a ban on transportation of wheat from Punjab.

Punjab has barred mill owners from other provinces from purchasing wheat from farmers in the province since the start of May.

KP flour mill owners and workers staged a demonstration over the ban in Peshawar’s Saddar area. They accused the bureaucracy in Punjab of imposing an unconstitutional ban on the transportation of wheat. The protesters demanded immediate removal of the ban.

The shortage of wheat has also resulted in a hike in flour prices in KP.

The price of a 20kg flour bag has gone up by Rs150 in Khyber Pakhtunkhwa over the past week. After the increase in price, the 20 kg flour bag that used to be available at Rs920 now costs Rs1,070.