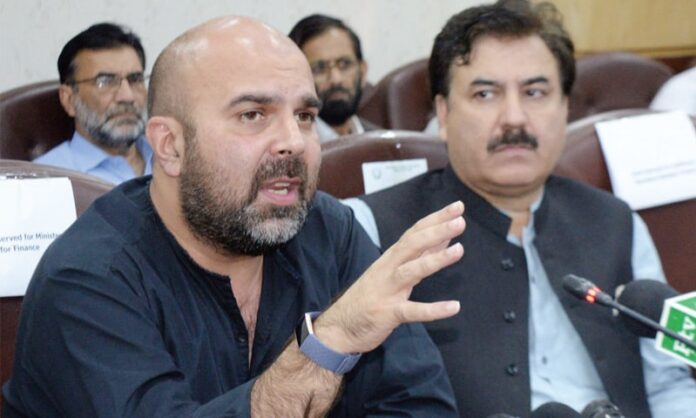 PESHAWAR: Keeping in mind the economic devastation caused by the outbreak of Covid-19, the Khyber Pakhtunkhwa government has decided to pay more attention to service delivery departments, especially the health department, in the upcoming budget 2020-21.

“Although the provincial government is facing a deficit of Rs100 billion, which include Rs30 billion as net hydel profit, Rs60 billion as federal transfers and Rs10 billion in provincial revenues, no new tax will be imposed in the next financial year while efforts will be made to provide more relief in taxes to public,” said KP Finance Minister Taimur Saleem Jhagra while to this scribe.

The minister claimed that the financial position of the province had improved before the corona epidemic, adding that the KP revenue authority had collected Rs5.9 billion in the first ten months of FY20, which was an increase of 73pc compared to the same period last year.

On a query, he said besides health facilities, the government would also allocate funds for senior citizens under the next budget.

“The provincial government has prioritised the allocation of funds for ongoing projects in the next financial year’s annual development programme,” he said, adding that the government would not hesitate to take more loans to meet the budget deficit.

He said the upcoming budget would a unique one in the province’s history…health justice cards would be given to the entire population of the province.

The minister maintained that FY20 was a good year for KP, with the FBR’s share of the province increasing by 12pc, while Rs20 billion were saved by implementing the pension reforms.