Overall output of large-scale manufacturing during July-April FY20 decreased by 8.96pc as compared to the same period of last year 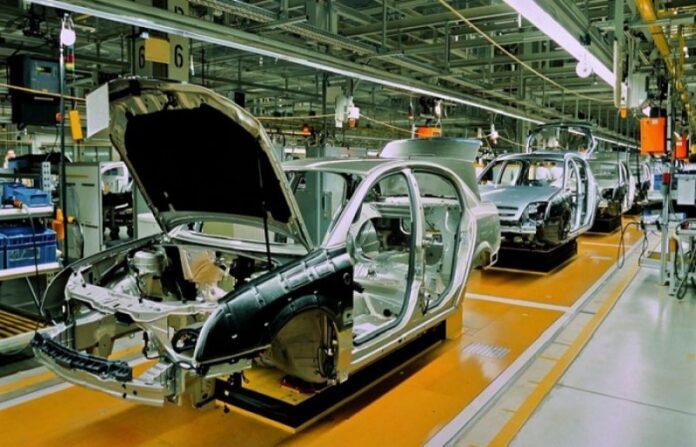 According to figures released by the Pakistan Bureau of Statistics on Thursday, the overall output of large-scale manufacturing (LSM) during July-April FY20 decreased by 8.96pc as compared to July-April FY19.

PBS revealed that the production of 11 items under the Oil Companies Advisory Committee (OCAC) went down by 51.5pc in April 2020 as compared to the same month last year; 36 items under the Ministry of Industries and Production edged lower by 51.49pc, while 65 items reported by the provincial bureaus of statistics fell 18.20pc.

During the 10 months of FY20, the production of OCAC decreased by 1.27pc when compared with the same period of last year; sectors under the Ministry of Industries fell by 6.80pc, whereas provincial bureaus of statistics reported 0.9pc growth.

According to PBS, the production in July-Apr FY20 had increased in fertilizers and paper & board sectors while it significantly decreased in textile, food, beverages & tobacco, coke & petroleum products, pharmaceuticals, automobiles, iron & steel and electronics sectors.

LSM constitutes 80pc of the country’s total manufacturing and accounts for nearly 10.7pc of the national output. In comparison, the small-scale industry makes up for 1.8pc of GDP and 13.7pc of the secondary sector.