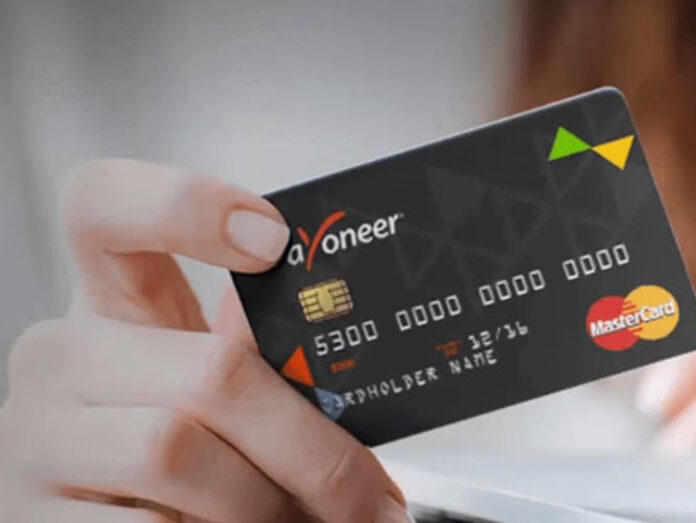 On Thursday, Wirecard AG filed for insolvency after it was revealed that the company was involved in an accounting fraud worth billions of dollars. Subsequently, the UK regulator of WCSL, the FCA, ordered WCSL to freeze all prepaid card activity for the time being.

The primary objective of the restrictions was to protect the electronic money funds of consumers in safeguarded accounts. It also had the effect of preventing consumers from withdrawing and making payments with those funds.  FCA’s consent on lifting restrictions meant that WCSL could now resume electronic money and payment services to its customers and customers can now, or very shortly, use their cards as usual.

For a short duration after the audit was completed and restrictions were lifted, Payoneer cards were inaccessible due to some technical restrictions that were being addressed by Mastercard. “You can now withdraw funds from your card at ATMs or spend them online or in stores,” Payoneer said.

The company further stated that they were in the process of enabling users to withdraw funds into local bank accounts. The service would be reactivated on July 6.

Payoneer cards are used by freelancers and small companies in Pakistan to make and receive international payments. There are an estimated 50,000 to 100,000 Payoneer users in Pakistan that might have been affected by the freeze on Payoneer prepaid cards due to the fallout of German fintech Wirecard AG’s bid to file insolvency following a shocking scandal involving billions of dollars. The quantum of the funds stuck in these cards is estimated to be millions of dollars.

Earlier, Payoneer CEO Scott Galit had assured that the company was making arrangements to restore access to funds on cards without waiting for the outcome of the Wirecard scandal probe that caused the freeze.

In a late night video statement, Galit said: “While the FCA has given off encouraging signs of progress in its audit of Wirecard Solutions, we have decided not to wait for the outcome.”

“Even if there is a shortfall, our intent at Payoneer is to fill the gap so that you get 100 per cent of your money back,” he added.

“With millions of customers worldwide, we needed to engage with strategic partners to find sufficient liquidity to publicly take this position,” Galit said, hinting that Payoneer was arranging funds to reimburse Payoneer card holders regardless of the outcome of the Wirecard scandal in Germany.

In a video statement on Monday, Payoneer’s Country Manager for Pakistan, Mohsin Muzaffar had said: “We are coordinating closely with Wirecard and FCA and we have been assured of positive development in the next 24 to 48 hours.”

According to the Financial Times, the FCA had earlier said that it had “seen good progress by the firm [WCSL] in meeting the conditions we set”, but added, “we cannot lift the restrictions without reassuring ourselves that the firm has been able to satisfy all our concerns”.

The international fallout from the Wirecard scandal grew on Monday, as the German group’s UK subsidiary scrambled to avoid collapse and Singaporean authorities prepared to expand their “extensive” criminal investigation into the company.

Newcastle-based WCSL said it was “working hard” to restore operations after the FCA forced it to stop all regulated activities, Financial Times reported. The company has appointed turnround specialist Alvarez & Marsal, which is also considering other options including placing the business into administration if it cannot convince the regulator to lift its suspension, according to people briefed on the situation.

The FCA took action against WCS on Friday to protect customer deposits after its German parent company collapsed into insolvency a day earlier. By Monday, the regulator was coming under growing pressure over its handling of the affair, which left millions of customers frozen out of their accounts with little to no notice.

The majority of WCSL’s customers were based in the UK, but the FCA crackdown also affected international groups such as US money transfer specialist Payoneer and Italian group SisalPay.

SisalPay, which is owned by private equity firm CVC Partners and Italy’s largest retail bank Intesa Sanpaolo, said on Monday that it had put aside €20 million to reimburse its 325,000 customers.The company said it shared its customers’ “astonishment” at the situation, and “has had to manage a delicate and complex situation it had no responsibility for”.

Separately, Singapore’s authorities were poised to expand an “extensive” criminal investigation into Wirecard that started last year after the Financial Times published reports raising questions about the integrity of the company’s accounting.

“In view of recent developments in Wirecard AG, the Monetary Authority of Singapore and the Accounting and Corporate Regulatory Authority are collaborating with [the police’s commercial affairs department] CAD to scrutinise other possible aspects of the case,” the MAS said in a statement.