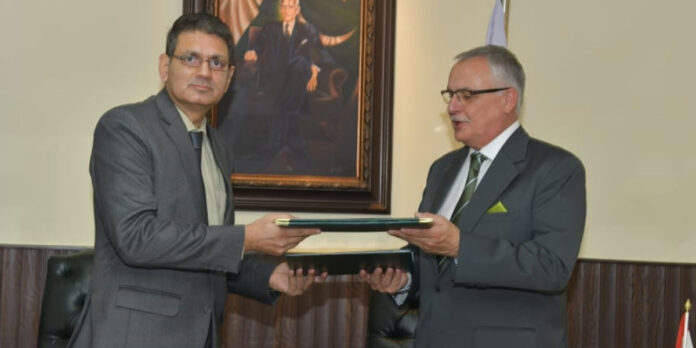 ISLAMABAD: In a move to ensure transparency in taxes, trade and banking matters Pakistan and Hungary have signed a ‘Convention for the Avoidance of Double Taxation and the Prevention of Fiscal Evasion with respect to Taxes on Income’.

Hungarian Ambassador to Pakistan Istvan Szabo signed the protocol on behalf of his country, while Member (Inland Revenue Operations)/Additional Secretary Dr Muhammad Ashfaq Ahmed inked it on behalf of Pakistan, said a statement issued on Tuesday.

“The present article embodies the rules under which information may be exchanged to the widest possible extent to include taxes other than the income tax. Therefore, to incorporate the latest standard of administrative assistance in the extant convention, Pakistan and Hungary have decided to replace the ‘Article on Exchange of Information’ with the new version through a ‘protocol’,” the statement read.

The new article on exchange of information provides that the competent authorities of the contracting states shall exchange such information that will not be restricted by article 1 & 2 of the convention and no state shall decline to provide information merely for the reason that such information is of no interest to it, or because the information is held by a bank, other financial institution or nominee or a person acting in an agency or fiduciary capacity.

According to the new version of the article, the contracting states shall exchange such information on request as is foreseeably relevant for carrying out provisions of the convention or to the administration or enforcement of the domestic tax laws of the requesting state.