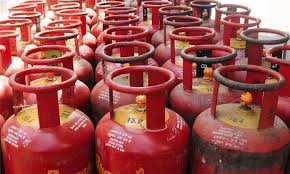 ISLAMABAD: The government is preparing a long-term Liquefied Petroleum Gas (LPG) policy aimed at increasing the commodity production, stabilising its price and ensuring uninterrupted supply at affordable prices across the country, especially during the peak winter season, a national daily reported on Sunday.

The petroleum levy on local production of LPG for financial year 2020-21 has been set at Rs5.5 billion, up from the budget of Rs4 billion for financial year 2019-20. The government is formulating an LPG pricing formula that will help eliminate the disparity between locally-produced and imported LPG for marketing companies and distributors.

It would also be beneficial for the end consumer, an official of the Petroleum Division said. Under the new policy, taxes on imported LPG will be downward revised, revision of marketing and distribution margins, while linking locally-produced LPG with 90 percent of Saudi Aramco contract price (CP).

The Petroleum Division has further proposed that the state-owned companies must import at least 50 percent of yearly LPG demand deficit and develop storages. The Oil and Gas Regulatory Authority (Ogra) has been notifying LPG prices since February 2018 based on the matters that producers’ price to be determined monthly is based on Saudi Aramco CP.

The Petroleum Division also presented some other proposals for the government’s approval for sustainable LPG supplies at reasonable prices in future. It recommended that state-owned companies involved in LPG supply chain like the Pakistan State Oil (PSO), the Sui Southern Gas Company (SSGCL) and the Pak-Arab Refinery Limited (Parco) may either develop LPG storages or explore alternate means to manage adequate stocks of LPG to meet peak demand in the country.

It also recommended offering some incentives to state-owned companies to develop the storage, import and manage adequate LPG stocks. The average production of domestic LPG was around 2,150 metric tons per day during 2019. During the winter months, the LPG demand increases by around 1,000 metric tons per day compared to the rest of the months of the year.

The LPG is mostly used for cooking purposes in remote areas of the country, where gas companies’ network is not available. Due to increased development and expected expansion of the LPG projects within the country, significant investments in the LPG supply and distribution infrastructure have been witnessed.