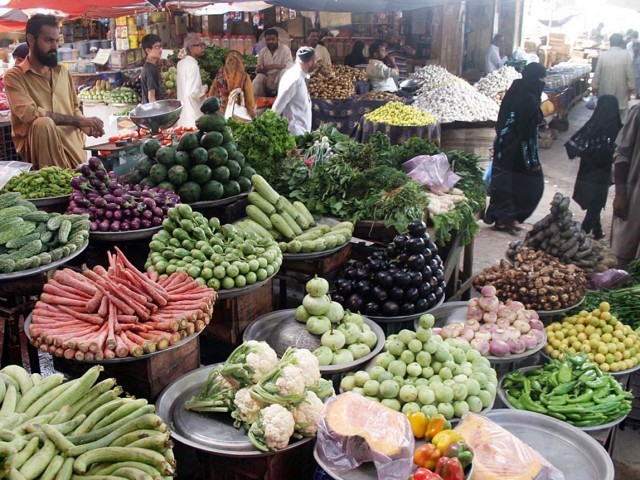 LAHORE: Vegetable and fruit prices in the Punjab’s capital witnessed a sharp increase as the government increased their prices in the official rate lists.

However despite an official increase in prices, vegetables were seen trading at much higher than officially set prices.

A similar difference was noticed in the trade of various other vegetables and fruits in the market.

“Inflation has made the life of a common man difficult. The government is increasing the prices of daily necessities. The government also has no control over illicit profiteers. Earlier, it was said that the prices of fruits and vegetables have gone up due to Eid affecting the supply chain. This time, no reason has been given for the increase in prices,” said Azfar Khan, who had come to shop at a vegetable stall on Lahore’s Wahdat Road.

Ghulam Nabi, a fruit seller based on Lahore’s Nabh Road said that despite the decline in exports, the prices of fruits continue to rise. “Mango and peach prices fall every year during this season. Last year, good quality mangoes were sold for up to Rs150 per kg while peaches were sold for up to Rs200. This year, good quality mangoes are selling at Rs250 to Rs300 per kg, while the price of peaches is also very high,” he said.

“We have reduced the quantity of fruits that we stock in our shops because people don’t buy a lot of fruit and complain that fruits are expensive. Hence if we have unsold fruits they either expire or we have to sell them cheaply.”