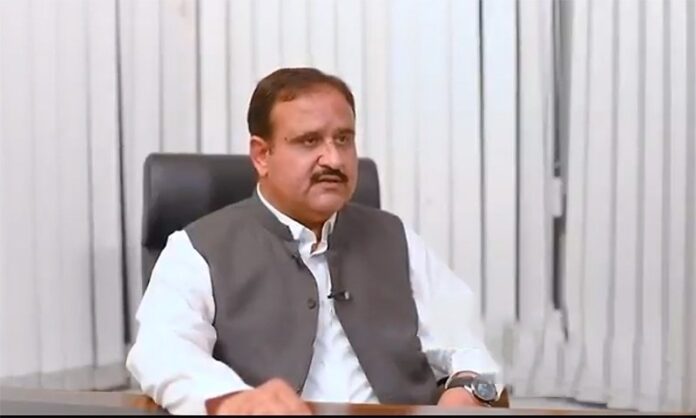 LAHORE: Punjab Chief Minister Sardar Usman Buzdar has said that the provincial government is committed to providing ‘ease of business’ to the industrialists and traders.

The chief minister said this while inaugurating One-Window Smart Service Centre at the Lahore Chamber of Commerce & Industry (LCCI) on Monday.

The CM inspected the facilities being provided there and lauded the initiative of unifying all facilities in Smart Service Centre, terming the establishment of the one-window facility as a ‘welcoming step to create ease of doing business’.

LCCI President Irfan Iqbal Sheikh briefed the CM about the facilities being provided in the One-Window Smart Centre.

Later, while addressing the business community, Usman Buzdar recognised LCCI as the first chamber that has taken lead in setting up smart service centre, urging other chambers of commerce & industry to follow suit.

He noted that LCCI had also come forward to lend support for the management of Covid-19 crisis by donating in the Chief Minister’s Relief Fund.

“Owing to the government’s prudent measures, we have now come back to the pre-corona situation,” he maintained.

He said issues pertaining to inspection in the industries are currently under process and would to be resolved soon, adding that focal persons would be deputed in the concerned departments to facilitate industrialists and traders.

He said that only three special economic zones had been established across the country in the last 70 years, whereas 13 SEZ have become functional in the two years.

Buzdar said that approval for necessary amendments in the Rules of Business has been given to empower the Southern Punjab Secretariat.

He claimed that the law and order of Punjab is far better than other provinces, and that the scope of model policing will be extended to other cities as well.

He said the government is giving 575 new vehicles to the police; 45 new police stations are being constructed and land is being provided for 101 police stations. Working environment in the police department is being improved, he added.

He further disclosed that work would soon be initiated on the construction of a new parking plaza in Lahore.

He said that the PTI government has laid the foundation of the River Ravi Urban Development Project, completion of which would greatly help in reducing pollution.

ISLAMABAD: The Economic Coordination Committee (ECC) of the Cabinet on Thursday approved the abolishment of Time-of-Use (ToU) tariff scheme for industrial consumers. The ECC meeting was...
Read more
ECONOMY

KARACHI: Investors of the Pakistan Stock Exchange (PSX) endured a volatile session on Thursday, with the indices moving both ways in search of clear direction...
Read more