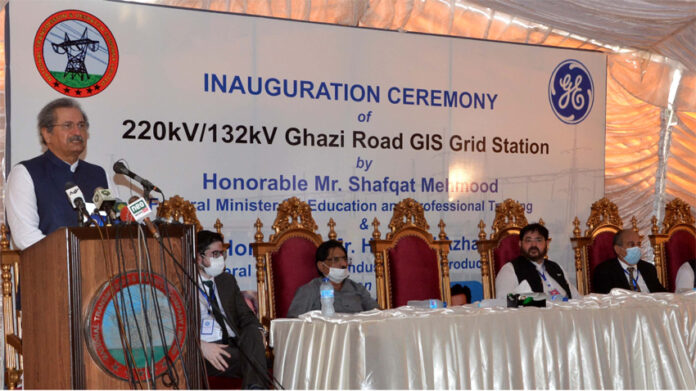 Addressing the inauguration ceremony on Monday, the federal minister congratulated the NTDC management on the completion of the grid station, saying that the incumbent government is committed to providing all basic necessities to the masses at affordable prices.

He said this grid station will bring much-needed relief to consumers of Lahore, as it would improve the city’s voltage profile.

“The independent power producers (IPPs)-power plants were set-up during the 1990s power crisis…the present government has asked IPPs to review their agreement so as to cut down electricity prices. The government is already in negotiations with IPPs and hopes that meetings will ultimately lead to the curtailment of circular debt,” the minister said while informing about steps being taken to reduce the cost of electricity.

He directed the LESCO CEO for redressal of consumers’ complaints with patience and courtesy, advising power distribution companies (DISCOs) to focus on customer satisfaction.

Updating the minister on the project, NTDC Managing Director Engr Dr Khawaja Riffat Hassan said that the company had successfully commissioned and energized the 220kV GIS Ghazi Road Grid Station at a cost of Rs5.66 billion.

“A major portion of the funds was provided by KfW-Germany while the remaining was arranged through NTDC’s own resources.”

The German government, through KfW, provided financing of 11.29 million euros for this project, aiming to help address constraints in the transmission network of Pakistan’s power sector.