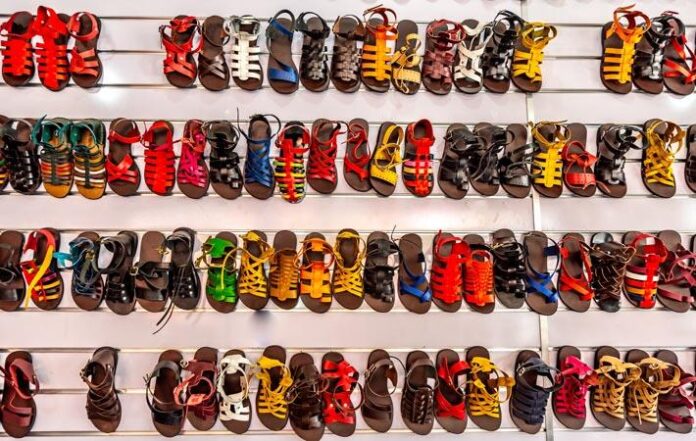 ISLAMABAD: The footwear exports from the country witnessed a decrease of 9.88 per cent during the first quarter of the current financial year (2020-21) as compared to the exports of the corresponding period of last year.

In terms of quantity, the exports of footwear also decreased by 13.47 per cent by going down from 3,873 metric tons to 3,351 metric tons, according to the data.

Among the footwear products, the exports of leather footwear declined by 8.59 per cent as it down from $32.059 million last year to $29.305 million during the current year.

The canvas footwear exports of the country stood at just $ 0.038 million during the current year against $ 0.033 million during last year, showing an increase of 15.15 per cent.

Likewise, the exports of all other footwear commodities also dipped by 18.27 per cent during the period under review as these went down from $5.041 million last year to $4.120 million during the current fiscal year.

Meanwhile, year-on-year basis, the footwear exports, however, witnessed an increase of 4.19 per cent during the month of September 2020 compared to the same month of last year.

During the period under review, the leather and canvas footwear exports also increased by 6.36 and 750 per cent respectively.

In addition, the exports of all other footwear commodities decreased by 11.23 per cent.

On a month-on-month basis, the exports of footwear however witnessed an increase of 30.74 per cent during September 2020 as compared to the exports of $9.035 million in August 2020, the PBS data revealed.

On a month-on-month basis, the exports of leather increased by 31.07 per cent and the export of canvas and all other footwear also rose by 750 and 25.77 per cent respectively.