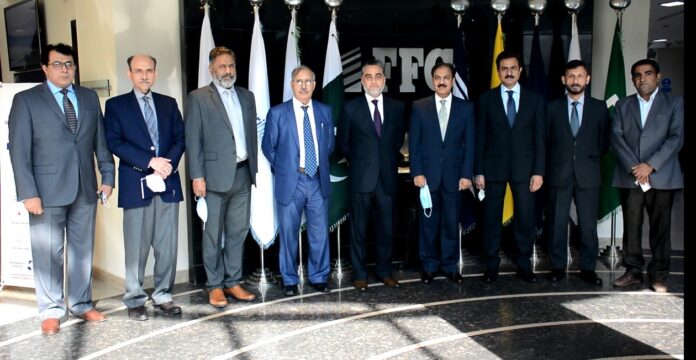 LAHORE: The Board of Directors of Fauji Cement Company Limited (FCCL) met on Thursday to review the company’s performance and announce its financial results for the first quarter ended September 30, 2020.

The company’s sales stood at Rs5.501 billion as compared to Rs4.243 billion last year, depicting a growth of 30pc.

During the period under review, the company’s cost of sales increased 18pc to Rs4.313 billion as compared to Rs3.652 billion last year.

Meanwhile, the cement manufacturer’s gross profit clocked in at Rs1.188 billion in 1QFY21 as compared to Rs591 million in 1QFY20, showing an increase of 101pc.

Shahrukh Saleem, an investment analyst at AKD Securities Ltd, said that the result was significantly better than AKD’s expectation mainly due to higher-than-expected gross margins.

“Additional impetus must have been provided by a decline in Federal Excise Duty (FED) to Rs75 per bag from Rs100 per bag,” the investment analyst added.

The gross margins for 1QFY21 stood at 22pc against -6pc/14pc recorded in 4QFY20/1QFY20 while surpassing AKD’s expectation by a massive 10ppts, Saleem stated, adding that deviation largely occurred from lower-than-expected cost of sales which AKD attributes to efficient procurement of coal.