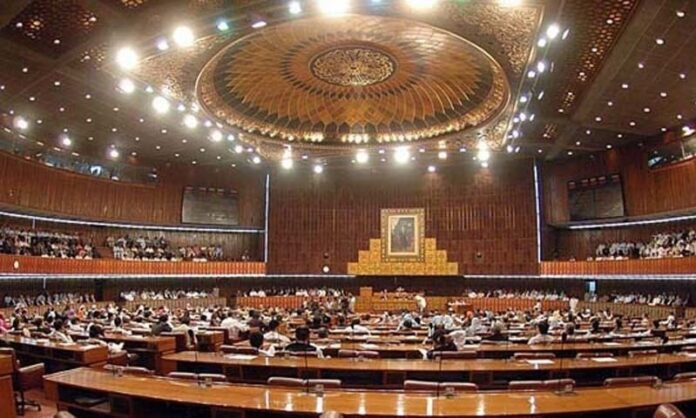 The ordinance was tabled by Adviser to Prime Minister for Parliamentary Affairs Babar Awan following which Deputy Speaker Qasim Khan Suri forwarded it to the standing committee.

The government had earlier introduced a resolution seeking an extension for the ordinance which expired in June.

The ordinance, promulgated by the president in October last year, had established a 10-member authority tasked to expedite projects along the multi-billion dollar road and rail network that links China to the Arabian Sea through Pakistan.

The authority is mandated with exploring economic growth and unlocking the potential of an interlined production network through regional and global connectivity.

The ordinance had been extended by the lower house through a resolution in January 2020 for 120 days.

Meanwhile, in the Senate, PPP Senator Raza Rabbani questioned the legal standing of the CPEC Authority now that the ordinance has expired.

Calling attention to on the matter during the session, Rabbani questioned the government’s handling of the project.

“How can the authority function when the ordinance has expired?” he asked, saying the authority’s utilisation of CPEC funds was therefore “illegal”.

He accused the federal government of purposefully allowing the ordinance to lapse.

“There is no law governing the project at the moment. The federal government should introduce new legislation.”

Responding to Rabbani’s statements, Minister for Information Senator Shibli Faraz insisted that the government will now allow anyone to derail CPEC projects.

“We designed the CPEC Authority to make it more efficient. We are here to build the same institutions that you destroyed,” he said.

Faraz said that the government intended to present a bill in this regard in the National Assembly soon. “We can have discussions on it then,” he offered.