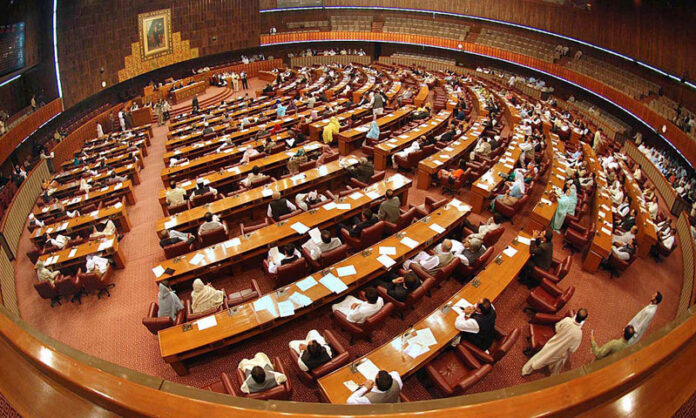 ISLAMABAD: As the ordinance of China Pakistan Economic Corridor (CPEC) Authority had expired on May 31, 2020, the Ministry of Planning, Development and Special Initiatives on Tuesday revealed that currently there was no one managing the affairs of the authority.

Against the common perception that the CPEC Authority was being headed by Lt Gen (r) Asim Saleem Bajwa, the planning ministry officials, during a meeting of the National Assembly Standing Committee on Planning, Development and Special Initiatives, claimed that Bajwa “was not working as chairman”, and that he only “coordinates the affairs of the authority”.

According to details, committee member Naveed Dero had sought details regarding the status of CPEC Authority following the expiry of the ordinance.

He also inquired about the functions of the CPEC Authority in the absence of an ordinance. “Was there any agreement or MOU signed by the CPEC authority chairman after the expiry of the ordinance?” he asked.

On this, the planning secretary said that there was no agreement or MOU signed by the chairman in this regard.

MNA Agha Rafiullah demanded the planning ministry to immediately issue a statement and inform media that currently there was no chairman of the CPEC Authority.

Meanwhile, Committee Chairman Junaid Akbar asked about the perks and privileges given to the CPEC Authority chairman following the expiry of the ordinance, directing the ministry officials to provide complete data in this regard during the next meeting.

Under the bill, the position of CPEC CEO is being abolished and that a chairman will lead the authority. The chairman will be appointed by the prime minister and he will only report to the PM.

On the clause 23 of the bill, members requested for some time to reconsider and deliberate upon the same. Hence, the committee unanimously recommends that the bill may be deferred till next meeting.