Naeem Bokhari likely to be appointed as PTV board chairman 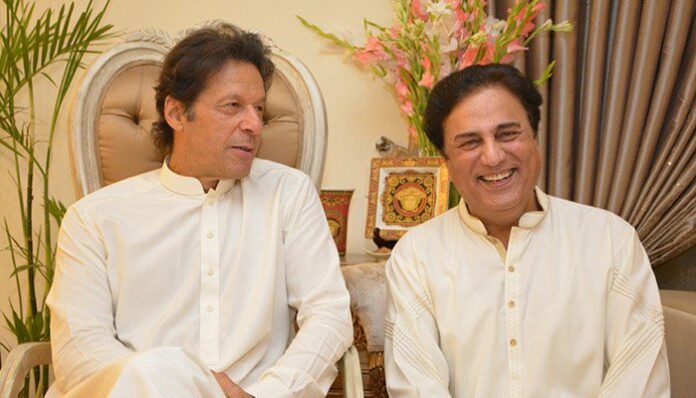 ISLAMABAD: The federal cabinet, in its upcoming meeting, will take up important issues pertaining to the reconstitution of Pakistan Television Corporation (PTVC) Board of Directors, appointment of a chairman for Islamabad Wildlife Management Board (IWMB), and recruitment of a chairperson as well as members for the National Commission on Human Rights (NCHR).

The cabinet meeting, scheduled to be held tomorrow (Tuesday) under the chairmanship of Prime Minister Imran Khan, is set to take up 14-point agenda, including the reconstitution of PTVC Board.

According to sources, the Ministry of Information and Broadcasting has suggested the federal cabinet to keep the composition of the PTVC Board to eight members, with three independent members. The ministry also forwarded a panel of nine candidates against the positions of three independent directors.

In addition, sources said, the ministry proposed that Shahzada Naeem Bokhari, a prominent lawyer and anchorperson, should be nominated as the PTVC board chairman.

Age relaxation for Shahzada Naeem Bokhari and Asghar Nadeem Syed — both over 65 years of age — has been sought by the info ministry, said sources.

On 17th Sept 2020, the Islamabad High Court, while setting aside the appointments of PTVC chairman and other private sector board members, had directed the federal government to nominate members for the PTVC Board in accordance with the law within six months while observing the requirements of the Rules of 2013 and the Companies Act, 2017. It had also asked the info ministry to de-notify six private member of PTVC board namely Zouhair A. Khaliq, Professor Ijazul Hassan, Syed Mohammad Ali Bokhari, Mian Yousuf Salahuddin, Rashid Ali Khan and Farmanullah Jan.

Currently, the PTVC board comprises five ex-officio members, including additional secretaries of ministries of finance and information & broadcasting.

Meanwhile, sources said that the Ministry of Climate Change (MoCC) has proposed the cabinet a panel of three members for the seat of Islamabad Wildlife Management Board (IWMB) chairman. The panel comprises Rina Saeed Khan, Zahid Baig Mirza and Vaqar Zakria. The PM, being Minister-in-Charge of the MoCC, has seen and authorized the submission of the summary to the federal cabinet.

The MoCC has so far notified a nine-member board for IWMB with the approval of the federal government, excluding the appointment of the board chairman.

Moreover, the Ministry of Human Rights, in a separate summary, has asked the cabinet to approve the appointment of chairperson as well as members for National Commission on Human Rights (NCHR).

As per details, the National Commission for Human Rights Act, 2012, was promulgated on 5th June 2012. The Section 3 of the Act provides for the establishment of NCHR to exercise powers and functions under the act. The federal government established the NCHR on 19th May, 2015 for a four-year period which expired in May 2019.

Sub-section 2 of Section 3 of the Act describes composition of the commission. According to the Section3 (2) of the Act, the commission shall consist of the chairperson, who has been or is qualified to be a judge of the Supreme Court or a person having demonstrable knowledge of, or practical experience in matters relating to human rights and one member from each province, on member from Islamabad Capital Territory, one member from minority communities, chairperson National Commission on Status of Women (ex-officio) and a secretary who shall be appointed by the commission.

It is important to note that of the total membership of the commission, at least two will be women members and a member or chairperson will not be less than 40 years of age and will have knowledge and experience relating to human rights.

In order to formulate a new commission for a term of four years, the Ministry of Human Rights, in light of section 4 of the Act, issued a public notice, inviting suggestions/applications for the posts of chairperson and members of the commission on 29th March, 2019. However, in July 2019, it was decided that the appointments would be re-advertised.

Section 4 of the Act requires that the federal government will, after proper scrutiny, submit a list of suitable persons to the PM and the Leader of the opposition in the NA. The PM will in consultation with the Leader of Opposition in NA forward three names for each post to the parliamentary committee for hearing and confirmation of any one person for each post. Provided that in case there is no consensus between the PM and the Leader of Opposition, each will forward a separate list to the parliamentary committee.

The parliamentary committee will forward the names of the nominee confirmed by it to the president, who will appoint the chairperson and members accordingly.