Kanwal Ahmed spoke to Profit about the rationale for crowdfunding. 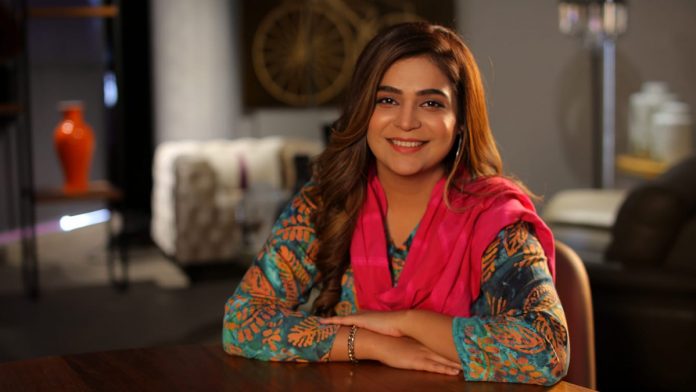 KARACHI: In a departure from traditional media models, the third season of Conversations with Kanwal (CWK) has raised CA$46,161 (Rs5.6 million) from a Kickstarter campaign backed by members of Soul Sisters Pakistan (SSP).

The digital-first talk show, which published its first episode in April 2019, covered a range of topics: from the lack of female education and career prospects to expectations of dowery, rape, harassment and domestic abuse. The first season was funded by a $50,000 grant from Facebook while the second season relied on advertisers and agencies.

Given the nature of the subjects covered by CWK and the pandemic induced recession of 2020, Soul Sisters Pakistan founder Kanwal Ahmed spoke to Profit about the circumstances leading to a crowdfunding route.

“The topics I want to talk about aren’t traditional topics that are discussed widely in the media,” said Kanwal. “Things like domestic violence, online harassment, colourism – all of these topics are number one presented in a very different light because domestic violence, for example, is normalised on Pakistani media – you see women being slapped on the screens all the time. And women being presented in very dehumanising roles.”

She added that in light of fairness creams and morning shows doling out advice on skin whitening, her show was covering colourism which goes against the tide of traditional media. She told Profit that when she pitched the idea of the show to media agencies in 2016 and in 2017, they told her that the show would have no audience and no advertiser would want to associate themselves with a platform that addressed issues of real women.

“When I got the Facebook grant, launched the show, and earned over 15 million views, I realised that despite what some may say, people want to watch this,” she said. “So I went back to brands by season two with the proof of concept – people like this, they can relate to it, so why would they not want to watch it? So for season two, I was able to get two great sponsors on board – Shan Foods and Keune Haircosmetics – and we were able to shoot the second season as well which was a great success, covering topics such as single fatherhood, female foeticide, postpartum depression, step parenting, all of these things.”

With Covid-19 and the recession it induced, Kanwal noted that advertisers were shifting or redirecting budgets towards corporate responsibility initiatives that would lessen the burden caused by the pandemic. In speaking with Kanwal, Profit believes that the primary reason advertisers did not sponsor the show for the third season was a lack of understanding between the difference between the context of her and the morning shows they are used to.

“By July and August things began to stabilize again,” said Kanwal. “I literally reached out to media agencies to help me get through to brands. But the kinds of responses we were getting from the companies were not aligned with my vision. So for example, adding some sort of segment – like a beauty segment or a laundry segment or a rapid fire segment – to a show like this did not make sense for me.”

Readers now need to close their eyes and imagine a show that is deconstructing the rampant reality of domestic violence in Pakistan – only to segway in a segment about using XYZ fairness cream to accentuate beauty. If this feels out of place, rest assured that it is not an inane idea that stays on the storyboard. Just watch branded news broadcasts and dramas.

“One of the brands for example requested to have their product placed on the table,” said Kanwal. “Their lifestyle product – it was not a cup of tea or was it a coffee – that would be contextually relevant to have on a table while two people talk. And on the table, they wanted a lifestyle product around beauty or haircare. Would it be contextually relevant to place a box of soap on the table during a serious topic? Do I have to go all Waseem Badami and gather boxes of products around my table? It’s a very authentic and organic show – I reverted with the recommendation to brand it with ‘XYZ presents CWK’.”

CPG marketers asked Kanwal to include a segment around washing dishes, while an eastern apparel brand wanted to use CWK to whitewash a recent employee mistreatment controversy by asking Kanwal to interview employees of the sponsor to speak about their positive working experiences.

“My topics were often labeled as dark,” said Kanwal. “Whereas I don’t think they’re dark: they’re actually full of light, they’re full of hope, they’re giving people a reason to relate to somebody else’s struggle and understand that they are not alone and most of all these topics were seemingly creating impact from the feedback that we were getting.”

The negative feedback from advertisers in wanting to throttle creative control and micromanage the content led Kanwal to reconsider doing the third season of the show at all, amid dwindling funds. She told Profit that it was when members reached out with the intent to crowdfund the show that she set up a Kickstarter page and watched nearly CA$ 50,000 roll in to date, exceeding her target of CA$ 35,000.

“I don’t blame brands directly or the people working for them,” said Kanwal. “A lot of them have global guidelines that they have to stick by or the regional guidelines. I just feel like the content in India is so much more progressive and I don’t understand why we cannot have the same level of authenticity and openness here. On YouTube, 46pc of my audience is coming from India because Indians were absolutely thrilled with the show.”

A similar platform in its intent and end message is SeeHer Story, a digital video series by the Meredith Corporation and Katie Couric Media which features short digital vignettes of female trailblazers and rule breakers from the past 100 years to present day. With nearly 14 million views and 860 million social impressions in its first season, SeeHer Story has the same reach as CWK, though with geographical variances. The second season of SeeHer Story has been sponsored by Unilever USA.

“It is so important to amplify the voices and stories of strong women – both from current times and the past – who have helped shape our culture and change it for the better,” said Rob Master, VP of Media and Engagement, Unilever. “We are thrilled to partner with Katie Couric and Meredith’s PEOPLE for Season 2 of SeeHer Story and use our platforms to shine a spotlight on these incredible women and their contributions to society.”

Led by the Association of National Advertisers (ANA), SeeHer is a collective of leading marketers committed to creating and supporting content that portrays women and girls as they really are. In 2016, Unilever joined the collective in order to address an unconscious bias that persists against women and girls in advertising, media, and programming.

At an all-white panel at Cannes in 2018, former Unilever chief marketing officer Keith Weed spoke about how important it was for the consumer goods company to support and amplify the voices and stories of strong women.

Speaking with Profit, a seasoned marketing professional shared that with the exception of rebranding Fair & Lovely to Glow & Lovely, there is little action to suggest that Unilever has made efforts in the Pakistan market to support content that portrays women and girls as they really are. This includes continuing the sponsor advertising, media, and programming portraying fair women: be it actresses, reporters, or anchors.

While advertiser funded projects (AFP) such as Meray Dost Meray Yaar (MDMY) by GroupM ESP have renewed for a second season, they do so because the client is as involved in the final output as the media agency and production house.

If a biscuit shows up in the middle of a scene of MDMY, it has contextual relevance. When AFPs lack contextual relevance, seeking to sell rather than entertain, they fall short. Velo Sound Station, Easypaisa Raahi, Bisconni Kitchen Edition, and National Ketchup Factory are notable examples.

May 9, 2021
DELHI: The European Union and India have agreed to resume stalled free trade negotiations and seek closer cooperation to combat climate change at a...