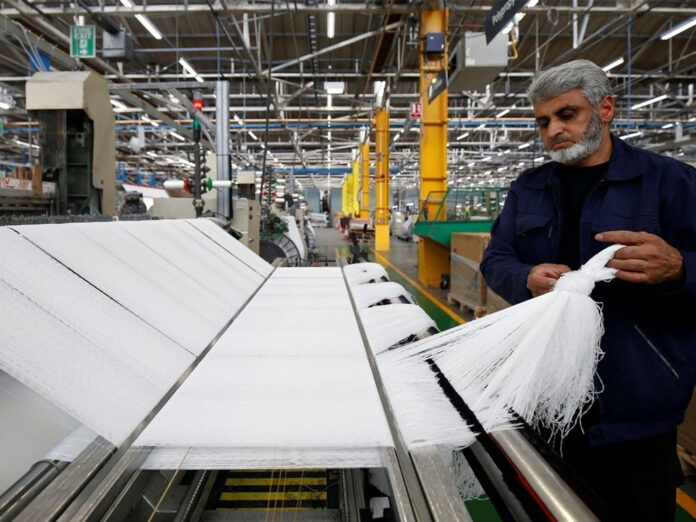 He announced this in a meeting with a delegation of All Pakistan Textile Mills Association (APTMA) headed by its Central Chairman Adil Bashir. APTMA Northern Zone Chairman Abdul Rahim Nasir and APTMA Executive Director Muhammad Raza Baqir were present on the occasion.

Mian Muhammad Aslam assured the APTMA delegation of all out support by the provincial government to ensure that all industrial units function smoothly for an increase in exports, adding that APTMA member mills must ensure compliance of all prescribed SOPs to fight effectively against the second wave of the coronavirus.

Iqbal further said that the government has pinned high hopes on the export-oriented sector for an increase in exports, creation of jobs and new investment in the country.

He said that development work on the establishment of industrial zones is being carried out on a priority basis and is expected to be completed during the first half of the year 2021.

The provincial minister added that all said zones would serve as industrial hubs equipped with all basic infrastructure and state of the art facilities.

Further, he urged the industry to step forward and start planning the set up of industrial units to contribute towards the country’s industrialisation and accelerate the pace of economic development.

Iqbal further stated that both the federal and provincial governments are keen to uplift industrial activities while the pace of progress is being monitored closely by Prime Minister (PM) Imran Khan and Chief Minister (CM) Usman Khan Buzdar themselves.

Responding to the APTMA’s demand for a waiver of provincial excise duty on electricity bills to keep the exports free of domestic duties and taxes, he asked the association to send him a working paper on the issue for consideration by the provincial government.

Regarding the collection of water charges on stand by turbines, the minister issued directions that charges are only to be collected for turbines actually used for water pumping while stand by turbines would not be charged.

He also nominated Additional Secretary Department of Industries Asif Farrukh as focal person for resolving day to day issues of the textile sector.