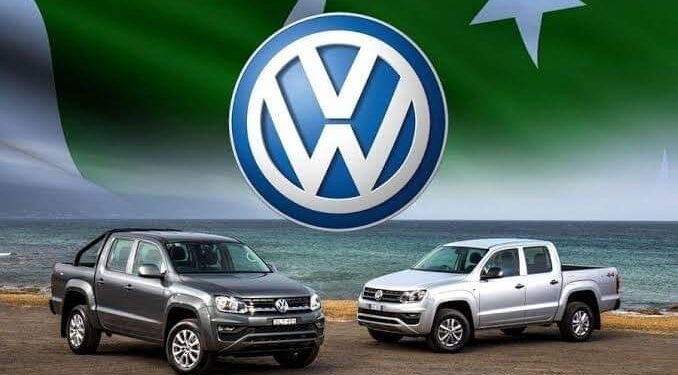 The world’s largest automaker, Volkswagen (VW) is set to begin production of its vehicles in Pakistan in 2022.

The VW Group has some of the most prolific auto-manufacturers as its subsidiaries, including Bentley, Porsche, Audi, Lamborghini, Bugatti, SEAT, and Skoda.

According to a Volkswagen Premier Motors representative, the company will start off by introducing the Amarok, a pickup truck that comprises single and double cabins akin to those featured in the Toyota Hilus Revo.

Media reports state that the Amarok will compete with the Toyota Hilux and the Isuzu D-Max, whereas the Transporter Van will go up against the likes of Kia Grand Carnival and Hyundai Grand Starex.

The German automotive giant will assemble vehicles in Pakistan under green-field status, which it obtained in the wake of the government’s Auto Development Policy (2016-21). Nearly a dozen new manufacturers have entered Pakistan’s automotive field after the ADP, including big names like Kia.

The ADP policy ends in June 2021, however, models introduced by new companies will be considered for duty relaxations.

There is no word as to when and if the automaker will compete in the passenger car segment of Pakistan. It should be noted, however, that the prices of Volkswagen’s cars are regarded to be more on the expensive side, even in the established automotive markets.