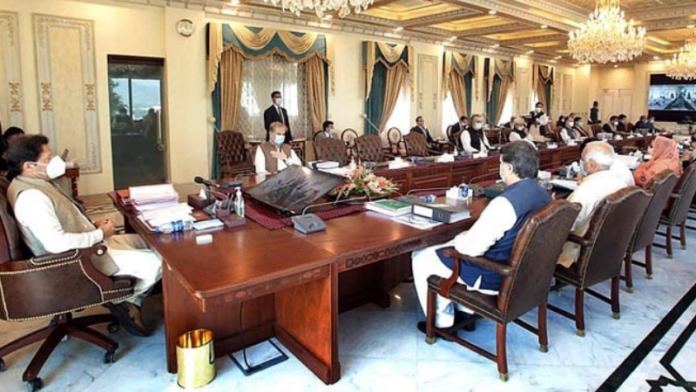 ISLAMABAD: The federal cabinet, while ratifying the proposed natural gas load management plan for the ongoing winter season, has directed that no new gas connection may be allowed to industrial units where grid connectivity was available for power generation.

According to sources, the federal cabinet, in its meeting held on 8th December, had ratified the Cabinet Committee on Energy (CCoE)’s decision regarding natural gas load management for the ongoing winter season (2020-21) in terms of rule 17 (1) (a) & (c) of the Rules of Business, 1973. It had also directed the Petroleum Division to continue gas supply to the two fertilizer plants — Agrotech and Fatima Fertilizer — as long as the gas mitigation plan was not compromised. In addition, the Ministry of Industries & Production was asked to keep an eye on the fertilizer stocks.

Sources said the cabinet had further directed that the Petroleum Division to ensure that the plan was implemented in a timely manner to overcome anticipated shortage of gas supply.

During the meeting, the petroleum secretary had presented the current status of the demand and supply along with projections till January 2021. The secretary also informed the meeting about major steps taken so far by the division to meet the shortage of gas.

According to CCoE, the supply for the compressed natural gas (CNG) sector may be on ‘as and when available’ basis.

Officials of the Petroleum Division, on the condition of anonymity, said that the division has so far made arrangements for additional LNG cargo for the month of January 2021 so that both LNG terminals could operate at optimum level. It has also undertaken retrieval of natural gas from shut-in wells by work-over/overhauling and allocation of volumes by the end of December 2020, which include up to 90MMCFD for SSGCL and 16MMCFD for SNGPL, respectively.

In addition, the division has made arrangement of additional gas from Mari Petroleum Company Limited for injection into SNGPL system on ‘as and available basis’ i.e. up to 15MMCFD (phase-I) in December 2020 and up to 50MMCFD (phase-II) by early January 2021, subject to installation of compression facility by MPCL.