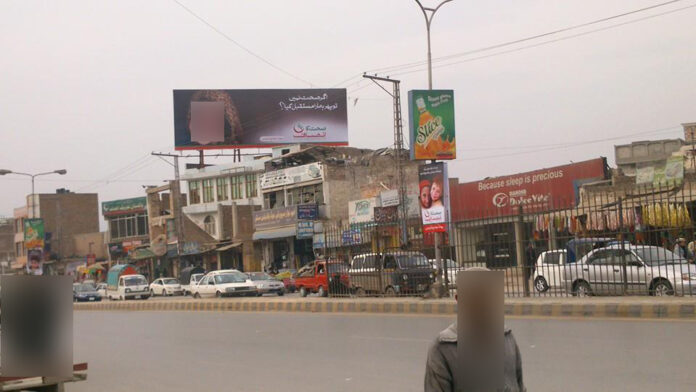 PESHAWAR: The Peshawar district administration has removed 3,000 billboards worth millions of rupees across the city without serving any notice to the Peshawar Development Authority (PDA) or four Tehsil Municipal Administrations (TMAs).

Billboard Association President Haji Rashid told Profit that at present, four TMAs in Peshawar district as well as the PDA have allotted contracts worth Rs60 million billboard to different constructors. However, the district administration has launched an operation to raze down all billboards in the city.

Rashid said that billboards worth Rs100 million to Rs120 million have been destroyed by the administration. “Each advertising party has paid Rs10,000 as NOC fees, in addition to millions of rupees in taxes to PDAs and TMAs,” he added.

According to TMAs sources, due to the ongoing coronavirus pandemic, the provincial government has given tax exemptions in various categories due to which all TMAs are facing sever financial constraints whereas the district administration’s act will further burden TMAs.

Earlier, all TMAs in Khyber Pakhtunkhwa’s (KP) provincial capital had raised objections to the removal of the billboard business in the city, which employs thousands of people.

According to TMA sources, the district administration is not authorised to remove any billboards in the city without a prior notice. These destroyed billboards also include boards which have been eradicated on the court’s permission.

Meanwhile, Billboard Association officials said that they had apprised Advisor to the Prime Minister (PM) on Establishment Arbab Shehzad and Peshawar commissioner of the situation. “We will launch protests if the government and the district administration fails to compensate for our losses,” the association warned.