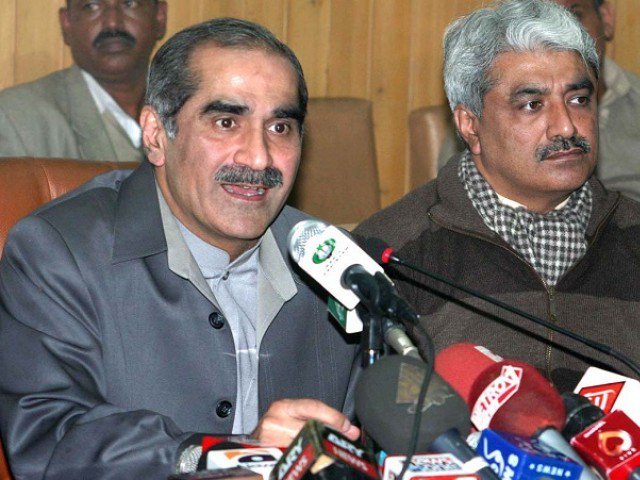 LAHORE: An accountability court in Lahore on Thursday scolded the supporters and activists of Pakistan Muslim League-Nawaz (PML-N) for crowding during a hearing in the Paragon Housing scheme involving former ministers Khawaja Saad Rafique and Khawaja Salman Rafique.

Citing the need for social distancing amid fears of a new variant of the coronavirus, accountability judge Jawadul Hassan said there should be no rush inside and outside the courtroom.

“Khawaja sahib, please limit the number of people who can come to the court [with you],” the judge told Saad.

“Hamza Shahbaz appeared in court yesterday and we have heard that he isn’t [feeling] well today,” the judge said. He should have taken government-advised precautions [to fight Covid-19], he added.

The new virus variant is dangerous, he said.

The Khawaja brothers were allowed to leave the hearing shortly after marking their attendance.

The NAB accused the PML-N leaders of wrongfully gaining Rs18.2 million approximately from Paragon City (Pvt.) Ltd in their bank accounts and they failed to account for the illegal gains.

It said Saad, in order to achieve his nefarious designs and to disguise the origin of his illegitimate pecuniary benefits, established a proprietorship concern namely M/s Saadan Associates whereby he wrongfully gained an amount of Rs58 million from M/s Executive Builders, a proxy of Paragon City, in last few years under the garb of services of consultancy.

Similarly, the bureau accused Salman of the same corrupt practice by establishing M/s KSR Associates and receiving Rs39 million from the M/s Executive Builders under the garb of consultancy services.

The reference stated that the Khwaja brothers through their “benamidars” and with the abutment of former PML-N MPA Qaiser Amin Butt and Nadeem Zia established a housing project in the name of Air Avenue.

The project was later converted into a new housing project namely Paragon City (Pvt.) Ltd, which NAB said was an illegal society and not approved by the Lahore Development Authority (LDA).

NAB alleged that the suspects along with other accomplices cheated the public at large and obtained illegal financial benefits from the funds of the illegal society.