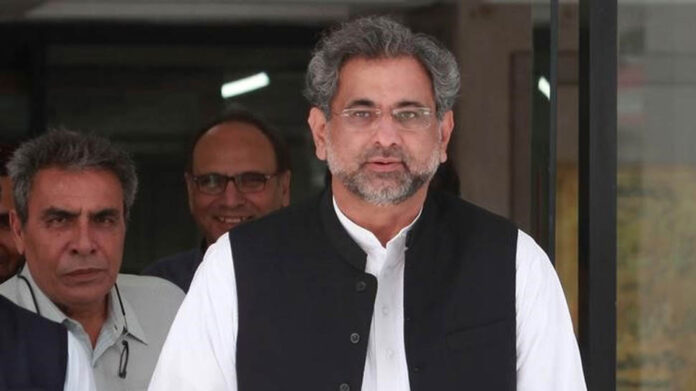 Abbasi said this while talking to the media persons after an accountability court heard the illegal appointments in Pakistan State Oil (PSO) case on Thursday.

Abbasi alleged that the National Accountability Bureau (NAB) is a source to pressurise politicians. He said that the anti-graft body holds others accountable but it itself should be held accountable for degrading others.

Earlier, an accountability court recorded the statement of a witness in the illegal appointments in PSO case.

Abbasi along with former PSO MD Imranul Haq, former deputy MD and other accused turned up before the court.

A witness in the reference recorded a statement, while the further hearing of the case was adjourned until February 4.

The anti-corruption watchdog had filed a reference against ex-PM Abbasi and the then petroleum secretary for allegedly appointing Sheikh Imranul Haq as managing director and Yaqoob Sattar as deputy managing director (finance) of the PSO in violation of rules and regulations.

The former prime minister and the former petroleum secretary have been on the bail secured from the Sindh High Court in July 2019.