Petroleum Division has proposed Rs0.45 per litre hike in OMCs' margin on MS and HSD 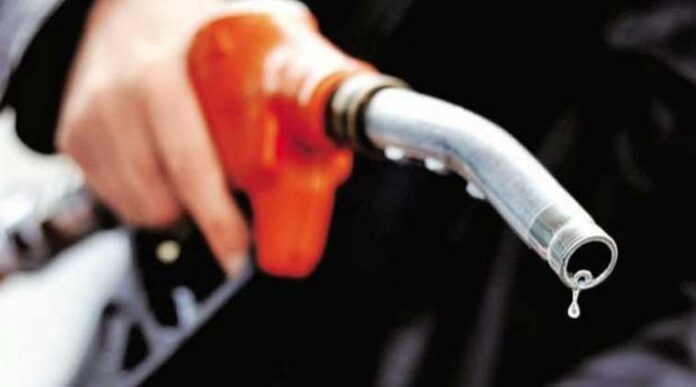 ISLAMABAD: The Petroleum Division has asked the federal cabinet’s Economic Coordination Committee (ECC) to approve an upward revision in margins on motor spirit (MS) and high-speed diesel (HSD) for oil marketing companies (OMCs) and dealers, it was learnt on Tuesday.

According to sources, the ECC meeting, scheduled to be held on Wednesday, is likely to give a go-ahead to the proposed increase in OMCs/dealers’ margins on petrol and diesel, as the division has sought the approval “without further delay”.

They informed that the Petroleum Division has proposed a Rs0.45 per litre hike in OMCs’ margin on MS and HSD. For dealers, a revision of Rs0.58 per litre has been sought on MS and Rs0.50 per litre on HSD.

The revision in the margins of OMCs and dealers has been worked out based on the Consumer Price Index (CPI) – from June 2019 to October 2020 — duly published by the Pakistan Bureau of Statistics. The ECC may also instruct the Pakistan Institute of Development Economics (PIDE) to initiate a study, to be funded through the Petroleum Division’s training fund, so as to evolve an effective policy on OMCs’ margins.

On 6th November 2019, the ECC had approved a revision in margins of OMCs and dealers on the basis of average inflation, as recommended by Planning Division for the period from April 2018 to May 2019, i.e. 6.58pc effective from 1st December 2109.

The committee, in its decision, had also constituted a committee under the chairmanship of Special Assistant to Prime Minister on Petroleum Nadeem Babar, to revisit the existing mechanism for determination of margins for OMCs and dealers on MS/HSD in a holistic manner, and to devise a revised mechanism for purpose ensuring interests of all stakeholders, particularly the consumers.

Meanwhile, sources said the OMCs, during a meeting on 17th Sept 2020, had informed the SAPM that their margins were required to be revised, as per ECC’s mandate, in July of each fiscal year, but the same was still pending due to lack of a study on margins to be carried out by PIDE.

In addition, the Petrol Dealers Association, in a letter, had also requested the Petroleum Division that instead of delaying or denying the increase, it should continue with the inflation-based method until the PIDE study is completed.