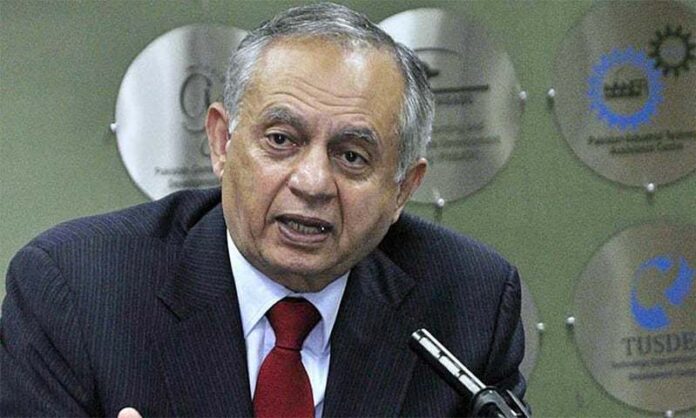 ISLAMABAD: Adviser to Prime Minister on Commerce and Investment Abdul Razak Dawood has urged the country’s exporters to aggressively explore African markets amid Pakistan’s success at the International Trade Fair which concluded recently in Khartoum, Sudan.

In a series of tweets on Saturday, Dawood informed that orders worth $2 million were received and deals worth $3 million are under process after Pakistan successfully participated in the International Trade Fair in Khartoum (Sudan) during January 21-28, 2021.

“The deals under process shall very soon be matured between the Pakistani exporters and Sudanese buyers,” he said, adding that new exporters from PVC, corona-related personal protection equipment (PPE) and cosmetic sectors also received encouraging response [in the fair].

“Although numbers are small, the products and direction are right. I congratulate our exporters and encourage them to aggressively market exports in Africa to get an increased share of the market,” the advisor tweeted.

He informed that the Trade Development Authority of Pakistan (TDAP) had participated in the exhibition, despite difficulties created by Covid-19, as a part of the Ministry of Commerce’s Look Africa Policy launched in 2017. This participation has opened up new avenues for trade and economic cooperation between Pakistan and Sudan, he maintained.

“I congratulate Universal Motors which received an order for 280 motorcycles. Besides, agro-machinery, pharmaceutical, glass, and fruit sectors also received a very good response.”

It is pertinent to mention that the adviser on Friday had visited TDAP headquarters in Karachi to hold a consultative meeting with the authority’s officials on trade promotion measures being taken under the Look Africa Policy.

He was briefed that the TDAP had arranged extensive business-to-business and networking sessions between Pakistani and Sudanese businessmen during the event. In addition, representatives of Pakistani companies visited local markets and superstores for networking and business linkages.

The advisor was further informed that TDAP and the Embassy of Pakistan facilitated local visits and meetings for the Pakistani companies. About half a dozen companies from Pakistan were able to select new distributors and partners for registration of products and their local distribution in the Sudanese market.

A business forum was also held on 25th January where the Sudanese Businessmen and Employers’ Federation invited Pakistani companies to give a detailed briefing on the export potential of Pakistan to the audience. Salient features of the Look Africa Policy were explained, wherein the forum was apprised of Pakistan’s great potential to cater to import needs of Sudan and that the country is looking for economic and trade relations with all regions of Africa, including Sudan.

Dawood appreciated the role played by TDAP in export promotion and appreciated the fact that despite logistical difficulties created by the coronavirus pandemic, TDAP was able to successfully participate in the Sudan Trade Fair. He said that being the marketing arm of the Ministry of Commerce, the role of TDAP in implementation of the Look Africa Policy initiative of the Ministry of Commerce is crucial.

He was of the view that Africa has immense potential for engineering and pharmaceutical products, and advised TDAP to strive even harder to promote exports of Pakistan in new geographies like Africa so that the geographic basket of markets for Pakistan is diversified.