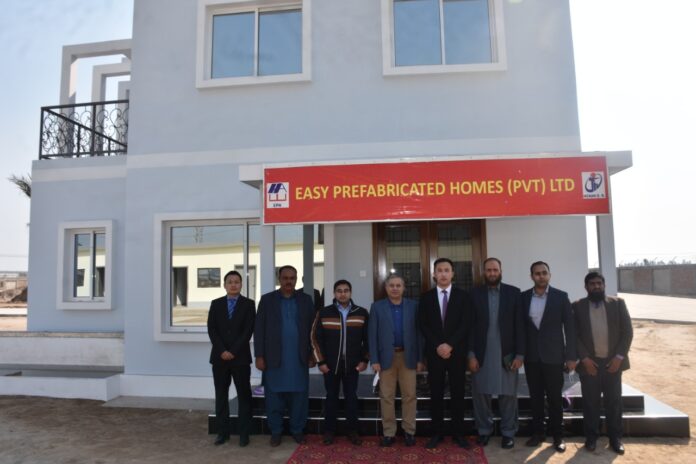 LAHORE: Building a house. In Pakistan, it is an act that people belonging to middle and lower-middle income families aspire to take part in their entire lives. For most people, it is an aspiration not just towards comfortable accommodation, but towards permanency, tangible proof of social security, and feeling grounded. And for most of these people, it is a dream that either goes unrealised or they end up spending a lifetime of savings on.

It is a long, difficult journey. An average person would have to save up diligently all his life to be able to afford the luxury of buying a plot, even a small 2-5 marla plot, because of how inflated real estate prices are in Pakistan. And even if someone manages to do this, there is the high cost of building a house. There is no culture of contractors – and a house is built over years, with worries about finding the best bricks and labour at the cheapest price.

Homelessness is a huge problem in Pakistan. Out of a population of 220 million, at least 20 million people lack adequate housing and live in slums. As a young population comes into its years of maturity, building a house is becoming much more elusive. This fact has been one of the reasons behind Prime Minister Imran Khan making the Naya Pakistan Housing Program one of his flagship initiatives in government.

While the plan to make tens of millions of homes has been called ambitious, the entry of Easy Prefabricated Homes (Private) Limited, a Chinese owned prefabricated homes company, may be a major step towards realising this goal. The easy to assemble, environmentally friendly and quality homes could be exactly what Pakistan’s homelessness epidemic might need. Currently, the company is in talks with the Naya Pakistan Housing Authority, as confirmed to Profit, and an announcement could be on the cards very soon in this regard. And the story of how the company arrived in Pakistan is heartening one. 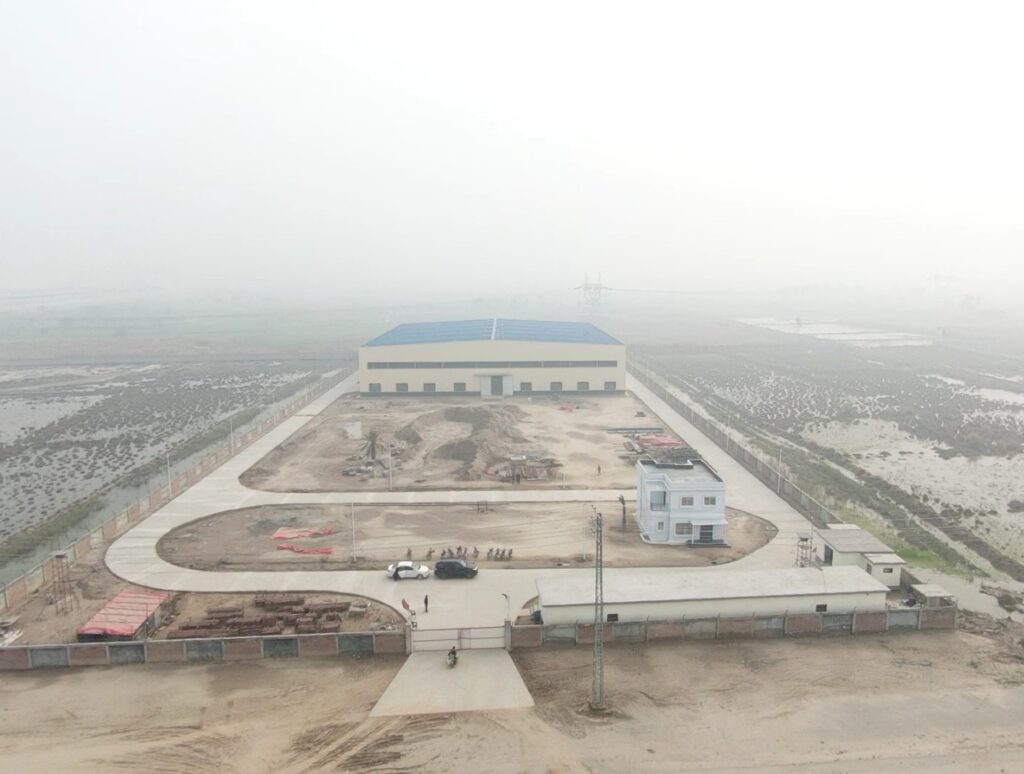 A question of trust

Easy Prefabricated Homes (Limited) is a company wholly owned by a Chinese businessman named Huang Daoyoun. While this is the name of his company in Pakistan, he is the Chairman of Henan D.R. Construction, a privately owned company that has become huge in China, Africa, and other regions of the world. The company has a history of innovative design and a very unique approach to building problems. Their portfolio in the construction industry ranges from windows for skyscrapers to Nuclear chimneys. All of that is very impressive, and begs the question, why did they decide to set up shop in Pakistan?

According to well-placed sources, the seeds of this venture were sown when a person who was close to both Prime Minister Imran Khan and Huang introduced the two on the former’s first visit to China back in 2018. They acted as an intermediary and a meeting between Imran Khan and the company’s Chairman was arranged.

The Prime Minister was immediately impressed by the technology that Henan D.R. had to offer. Most people’s conception of prefabricated homes is that they are unreliable, flimsy, and only temporary structures. But with their advance in technology, Henan D.R. was offering walls made of cold form steel slabs and reinforced styrofoam sheets. Thick, sturdy, and as tough as nails, these houses require no bricks and no cement, are easy to assemble, and more importantly, are quick and cheap to assemble as well. Earthquake, fire, and most things nature proofed, these houses came with a 70 year guarantee, and the sort of 2-3 marla units that were needed for the Naya Pakistan Housing Project could be fully prepared in a week. It was a dream situation, and for Imran Khan, a way to prove his critics wrong.

However, this is where there was a slight impasse. The Prime Minister loved the idea of the prefab homes that Henan D.R. was offering, but fresh into the government, did not want to disturb his plan to fix the balance of payments and was wroth to see an increase in imports for his pet project’s sake. This is where he made an offer to Henan D.R. – accept an offer to set up a plant in Pakistan to produce their materials and build these houses. It was a bold offer. Why would Henan D.R. want to move to Pakistan and make a major investment in a country where they had no guarantee of orders or demand? Especially since they would be untrusting of how willing Pakistanis would be to live in prefab homes – a concept new to the country.

Despite this, Huang agreed to the Prime Minister’s request and saw potential in Pakistan. In the end, it was the Prime Minister’s tact and diplomatic skill that has to be credited with this success. As one person close to both parties revealed, Huang was constantly impressed with the sincerity of the Prime Minister, and has since always held and said that Imran Khan “speaks from the heart.” With the promise of no bureaucratic red taping and a direct line to the Prime Minister’s office, Henan D.R. arrived in Pakistan. This was all they needed. After coming here, without any government assistance they bought six acres of land in the Faisalabad M3 Industrial Park so they could run operations in a Special Economic Zone. Since then, they have built a number of sample houses and have been producing their core materials in Pakistan as well, which they could even export to regions like Africa where they already have a large existing market. While nothing has been finalised or announced as of yet, talks with the Naya Pakistan Housing Authority are underway and are expected to go positively. 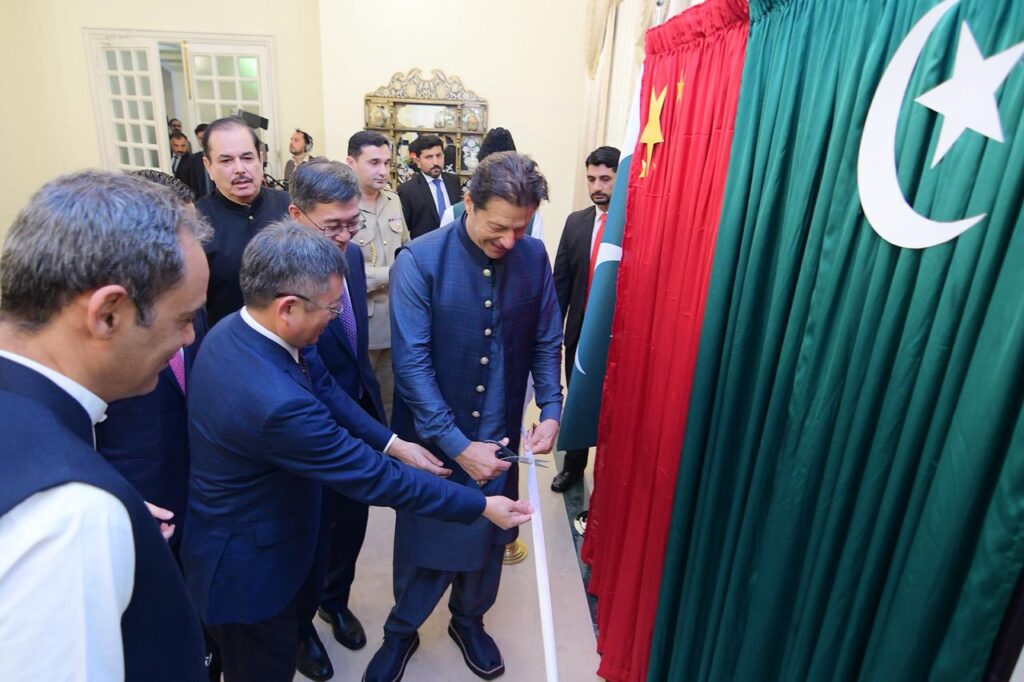 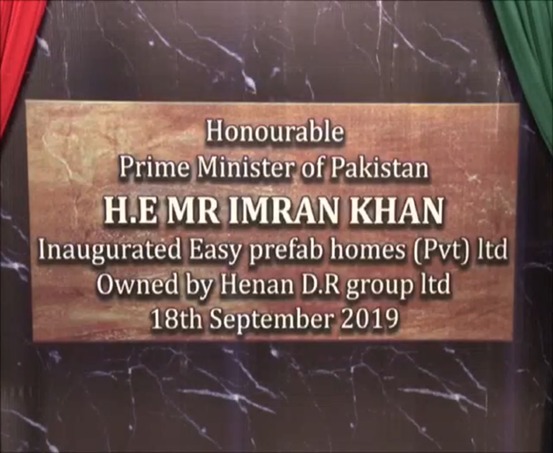 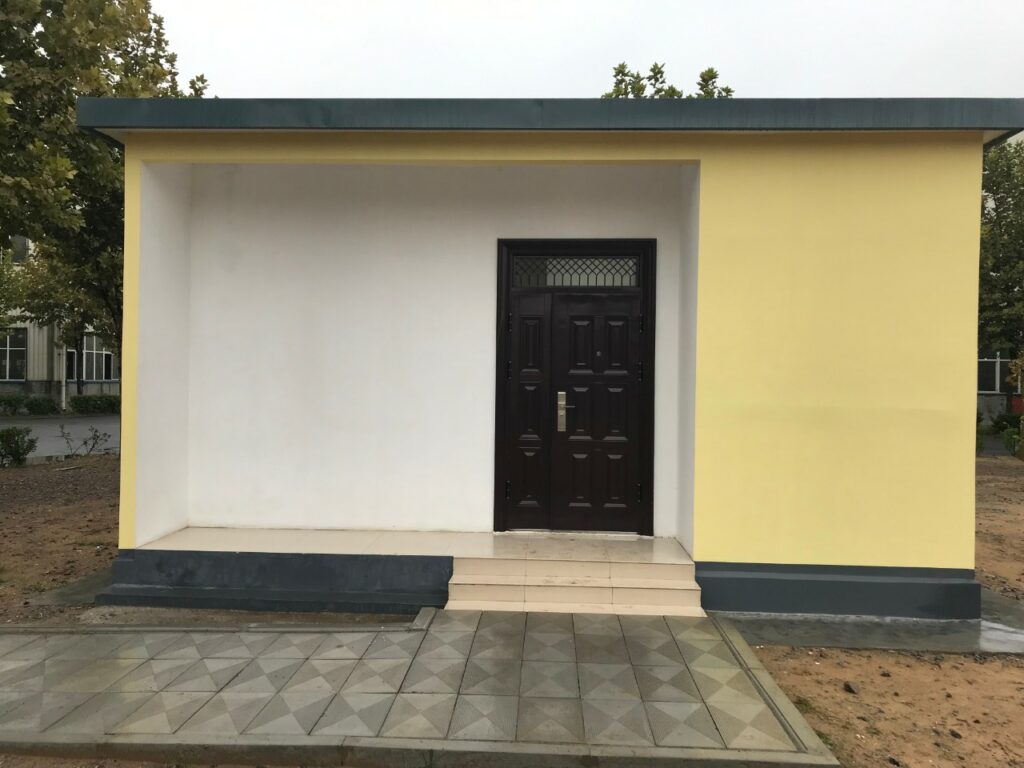 How it will work

There have already been a lot of requests from the private sector to let them make use of this new technology. The offer is attractive. The houses can be built in a matter of a week, with no involvement of heavy machinery, no bricks, no cement, low labour costs. Other than being fast and cheap, the houses are also reliable. Made of reinforced sheets in metal frames that are 9-14 cm thick and 10×5 feet in dimension, the houses are completely secure. In addition to this, they are fireproof, soundproof, and insulated – with a noticeable six degree Celsius difference between inside and outside temperatures.

Add to this the fact that because there are no bricks or cement involved, there are no problems such as seepage and cracking walls or peeling paint. The houses, once assembled, are also delivered in refined conditions with the walls painted, lighting, electricity, heating, and plumbing all done. For the sample units made for the Naya Pakistan Housing Project, the company has made 3 marla houses that have two bedrooms, a washroom, and a living room was put together in three hours, which has reportedly highly impressed the Naya Pakistan Housing Authority. The total cost for a single unit like this comes up to a total of Rs 2 – 2.2 million.

Henan’s goal is to be the go-to place when anyone in Pakistan thinks of making a general civil residential building with two stories or less, with the ideal size of the houses being 3-5 marlas. Low-rise buildings such as hospitals, schools, and barracks can also be made with these materials and model schools are already being developed for areas like Balochistan.

Since the eight months that it has been setting up in Pakistan, Easy Homes has now become fully operational in Pakistan. The recent model houses built by them that cover areas ranging from 3.5 marlas to 7 marlas. Completely moisture proof because of there being no bricks and cement, the houses do not have problems such as peeling paint and are not a fire hazard. During natural disasters, their survival rate is more than 90%. Their heat conductivity and energy conservation is also far beyond the national standard. Easy Homes is bringing to Pakistan a dynamic and possibly revolutionary change. In times like these, it is a moment of hope and must be lauded as such.

HBL is providing collateral-free financing at subsidized markup rates to facilitate the Small and Medium Enterprises (SMEs) that are considered to be the key-drivers...
Read more
FEATURED