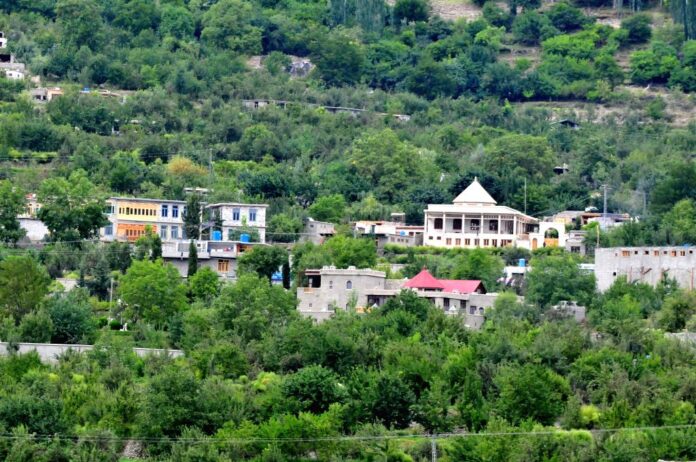 ISLAMABAD: As Gilgit-Baltistan lacks required accommodation for over a million tourists that visit the area annually, National Bank of Pakistan (NBP) has come forward with a ‘Homestay Financing’ plan to finance the construction of small units attached with the existing houses of GB residents.

According to details, the GB government and NBP on Wednesday signed a memorandum of understanding to launch the homestay financing programme, also known as ‘NBP Maizbaan’, wherein residents near tourist spots would be offered soft loans, ranging from Rs375,000 to Rs1,300,000, for construction of one-to-three-room structures near their houses so they could be rented out to tourists visiting the area.

According to NBP regional head Naveed Sultan, the 10-year loan plans would comprise a minimum 8pc interest along with 2pc service charges.

According to officials, the GB-specific programme of homestay financing is a popular tourism concept across many countries of the globe; Nepal, Tajikistan and many other countries have already developed homestay tourism industries. It not only boosts tourism but also strengthens the economy and improves the living standards of the people living in far-flung areas of the country, they added.

In a homestay concept, the local community offers tourists their home to stay against remuneration.

As per documents available with this scribe, there are currently 201,448 houses in all 10 districts of GB, whereas there are only 559 hotels across GB to accommodate the tourists, making its almost impossible to meet the tourists’ demands in peak season.

In 2018, the regional government had opened government schools during vacations to accommodate tourists visiting the area.

As per the MoU signed on Wednesday, the GB government would help NBP in selection of places based upon their data, along with support in recommendation of borrowers since they have the record of all communities.

The government would also help the bank ensure the utilization of loan for the specific construction of rooms for homestay by engaging a local project manager/consultant to supervise the project. Their representative will frequently visit the borrowers to check the quality of construction, besides ensuring utilization of rooms constructed for the specific purpose over the loan period.

In addition, the government will promote homestay concept among tourists via print media, digital media and social media. They will also take tour operators on board to promote homestays among the tourists.