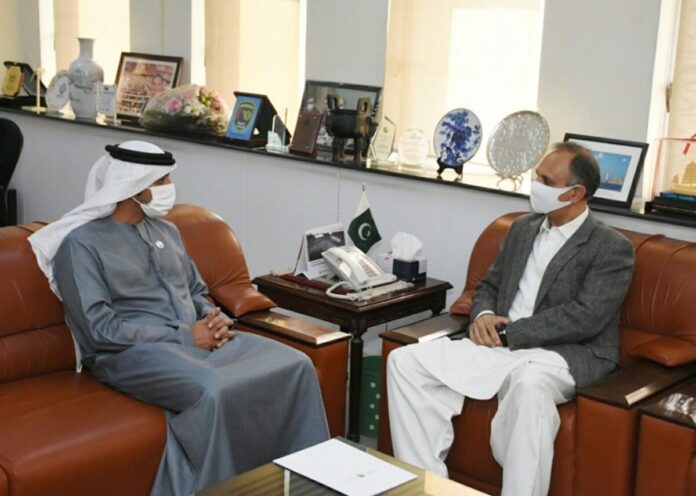 During the meeting, Omar Ayub congratulated and lauded the UAE leadership for sending a space mission ‘Amal’ to Mars and its successful entry into Mars’ orbit.

Thanking and extending his gratitude for the minister’s pleasant remarks, the envoy expressed the UAE’s keenness of further its investments in Pakistan’s energy sector.

He said collaboration in the energy sector would provide an impetus to economic ties between the two brotherly countries.

Earlier this week, the UAE ambassador had expressed a keen interest to invest in the health and construction sectors of Punjab.

“The UAE companies are are ready to invest in SEZs in Pakistan,” he had said. “A UAE visa centre will also be opened soon in Lahore.”

Meanwhile, in a separate meeting with Ambassador of Czech Republic Tomas Smetanka on Wednesday, Omar Ayub said the government was committed to diversifying the outlook of the energy market while making it more competitive and efficient.

“The government is focusing on exploiting indigenous resources for electricity generation,” he added.

During the meeting, the Czech ambassador explored the areas of mutual interest in the energy sector, including investment in the oil sector and business in the LNG supply chain for a group of Czech companies visiting Pakistan by the end of next month.