Bank of Punjab posts Rs12bn profit before tax for 2020 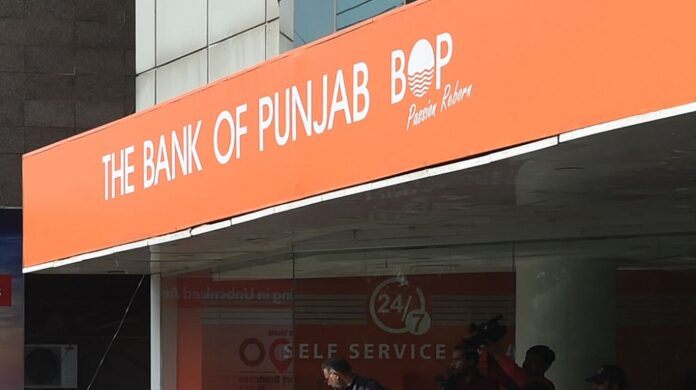 LAHORE: The Bank of Punjab (BOP) Board of Directors met on Friday to review and approve its annual audited financial statements for the year ended December 31, 2020.

The BOP board expressed satisfaction over the bank’s overall financial performance and noted with pleasure that despite economic slowdown in the country due to Covid-19 pandemic, the bank has been able to post commendable financial results with Rs12 billion profit before tax.

During the year 2020, balance sheet grew by 26pc and crossed level of Rs1.0 trillion. The board appreciated the efforts of BOP team for remarkable performance and also announced and recommended a cash dividend of 10.00pc for shareholders for 2020, as against 7.50pc for 2019.

Owing to global recession witnessed in all sectors of economy due to Covid-19, the bank during the year opted for a long-term investment strategy, resulting into piling up of substantial capital gains on books of the bank. Consequently, non-markup/interest income increased to Rs13.0 billion as against Rs3.9 billion, showing a substantial increase of 233pc. Net Interest Margin (NIM) remained a little subdued and was recorded at Rs23.3 billion.

During the year 2020, pre-provision profit improved to Rs18.9 billion as against Rs15.8 billion last year, thereby registering a rise of 20pc. However, in view of risks of shocks in the Covid-19 aftermath, in addition to subjective assessment, the bank also opted to create general provision against loans and advances on prudent basis. During the year, provision against advances amounting to Rs1.7 billion has been recorded on account of subjective classification on self-assessment basis for the first time in the history of the bank. Further, general provision of Rs3.3 billion has also been made.

Despite above mentioned provisioning, the bank posted an after-tax profit of Rs6.9 billion as against Rs8.2 billion in 2019. Had the subjective and general provisions not been recorded, the profit after tax for year 2020 would have been higher by Rs1.7 billion (20pc) over 2019.

The Bank has been assigned long term entity rating of “AA” by the Pakistan Credit Rating Agency (PACRA) with short term rating being at the highest rank of “A1+”. The bank currently has a countrywide branch network of 636 online branches, including 104 Taqwa Islamic banking branches. Further, the bank also has a vast network of 588 ATMs providing 24/7 banking services to the customers.

The big-boys of banking make big-bucks, but are they worth it?

Is this a case of collusion, greediness, weak positioning, or all of the above?
Read more
Banking