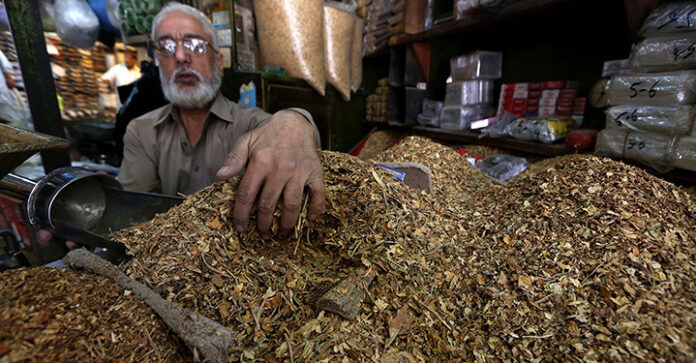 ISLAMABAD: Smoking not only causes majority of deaths in the country but also dents the national kitty heavily, as Pakistan is enduring around Rs192 billion annual loss at the hands of smoking-related expenditures.

This was stated by Campaign for Tobacco-Free Kids (CTFK) country head Malik Imran Ahmad while speaking at a two-day session on ‘Saving Youth from Tobacco Hazards through Sustainable Measures in Pakistan’, organised by the Society for Protection of Rights of the Child (SPARC).

The CTFK chief emphasised the need for sustainable tobacco control policies to create a meaningful impact in the society.

“In Pakistan, smokers on average spend 10pc of their monthly income on cigarettes. Due to this expenditure, people are left with less money available for essentials such as child nutrition and education,” he observed.

Ahmad said that the ratio of deaths from tobacco-related diseases is higher when compared with HIV/Aids, Malaria and Tuberculosis. Over 163,000 people died from tobacco in 2017 as per the World Health Organization report, while 1,480 succumbed to HIV/AIDS, 5,000 to Malaria and 7,000 to Tuberculosis.

Around 1,200 children aged between 6 and 15 start smoking in Pakistan every year, he mentioned.

“Increasing the rates of taxes on tobacco is a proven policy to reduce tobacco consumption as per the WHO and World Bank recommendations. But unfortunately, cigarette taxation in Pakistan is among the weakest in the world, due to which the revenue loss is Rs37 billion per annum.”

He urged the government to increase federal excise duty on tobacco sector by Rs30, as it will help generate between Rs22.2 billion and Rs33.3 billion of additional revenue.

He also stressed the need to adopt a National Tobacco Control Policy and to strengthen tobacco control cells for effective monitoring and implementation of tobacco-related laws.

Meanwhile, SPARC Board of Directors (BoDs) Chairperson Falak Raja noted that tobacco consumption among youth in Pakistan is unacceptably high and that use of this addictive product is harming their mental and physical health.