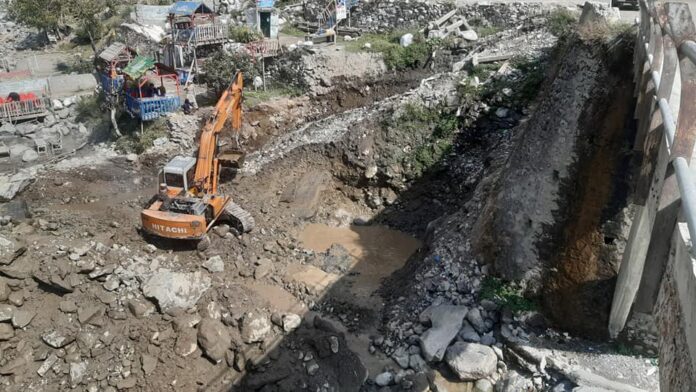 PESHAWAR: Adviser to Khyber Pakhtunkhwa Chief Minister on Energy & Power Himayatullah Khan has expressed displeasure over the slow pace of work on the 84-megawatt Matiltan Hydropower Project in Swat district and suspended its project director.

The energy adviser sought an inquiry report about reasons behind the unnecessary delay in the project within seven days, said a communication issued late Friday. Khan had issued these directives during his survey of ongoing energy projects in Swat district.

During the inspection of the under-construction 84MW Matiltan Project, the adviser expressed anger over the non-implementation of instructions given to the project director four months ago.

Lamenting the slow pace of work on the project, he asserted that the provincial government would not tolerate any lapses in the completion of important energy projects.

Meanwhile, the adviser also visited the 88MW Gabral-Kalam Hydropower Project, which is being constructed with the financial support of the World Bank.

The commissioner Malakand on the occasion informed the adviser that issues pertaining to land acquisition for the project would be resolved at the earliest and practical work would commence soon. He said that the construction work on the Powerhouse Colony would start from next month.

Lastly, he visited solar power plants in Bandai and Derai areas; the plants provide 24 hours cheap electricity to the medical centers. He expressed satisfaction over the performance of the small project and said that the government is striving hard to transfer power generated by this project to the national grid.