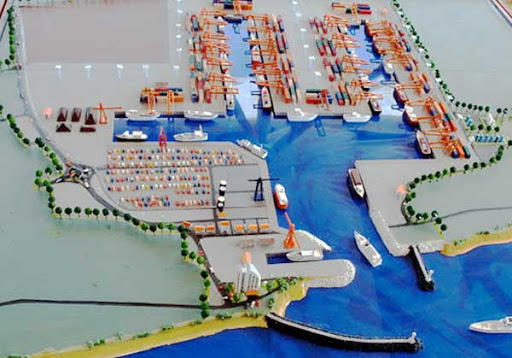 China’s extension of loans in pursuit of geopolitical influence is an experimental learning process to develop efficient business strategies as it moves towards internalisation, as opposed to the United States’ narrative of China forcing developing countries to cough up strategic and major assets in a sly manner, a report by The Atlantic said on Saturday.

The report debunks the Hambantota port case as explained in western media as a prime example of China’s modern colonialism and military interests.

According to the US narrative, Beijing extended loans and assistance to the port project even though feasibility studies said the port wouldn’t work, other frequent lenders like India had refused, and Sri Lanka’s debt that was ballooning rapidly under the Rajapaksas, terming the US narrative “a powerful lie”.

According to the report, based on a feasibility study carried out by the Canadian International Development Agency obtained through a Freedom of Information Act request, Beijing did not take over the Hambantota port as collateral, and that there was also never a default.

“Our research shows that Chinese banks are willing to restructure the terms of existing loans and have never actually seized an asset from any country, much less the port of Hambantota,” it states.

The research quotes two feasibility reports carried out by leading Canadian and Danish firms in 2003 and 2006, respectively.

The study concluded in 2003 confirmed that building the port at Hambantota was feasible, and supporting documents show that the Canadians’ greatest fear was losing the project to European competitors. SNC-Lavalin recommended that it be undertaken through a joint-venture agreement between the Sri Lanka Ports Authority (SLPA) and a “private consortium” on a build-own-operate-transfer basis, a type of project in which a single company receives a contract to undertake all the steps required to get such a port up and running, and then gets to operate it when it is, the report states.

A second feasibility report, produced in 2006 by the Danish engineering firm Ramboll, made similar recommendations to the plans put forward by SNC-Lavalin, arguing that an initial phase of the project should allow for the transport of non-containerised cargo—oil, cars, grain—to start bringing in revenue, before expanding the port to be able to handle the traffic and storage of traditional containers.

In 2007, justifying investment in the Hambantota port that offered the potential for expansion and development at a time when the middle classes were expanding in the region, Colombo approached the United States and India but was shunned by both. However, a Chinese construction firm, China Harbor Group, lobbied won the contract for the project and China Eximbank agreed to fund it.

The report further adds that China Eximbank offered a $307 million, 15-year commercial loan with a four-year grace period, offering Sri Lanka a choice between a 6.3 percent fixed interest rate or one that would rise or fall depending on LIBOR, a floating rate. Colombo chose the former, conscious that global interest rates were trending higher during the negotiations and hoping to lock in what it thought would be favourable terms. Phase I of the port project was completed on schedule within three years.

All of this was in the backdrop of Sri Lanka’s civil war and worldwide financial crisis.

Two years later in 2009, Sri Lanka’s civil war came to an end and the government embarked on a debt-financed push to build and improve the country’s infrastructure. Annual economic growth rates climbed to 6 per cent, but Sri Lanka’s debt burden soared as well.

At the same time, Mahinda Rajapaksa pushed ahead with phase 2, transforming Hambantota into a container port against the Ramboll team’s recommendations. In 2012, Sri Lanka borrowed another $757 million from China Eximbank at a reduced, post-financial-crisis interest rate of 2pc.

By 2014, Hambantota was losing money. By the time SLPA realised that they needed more experienced operators to have them jointly develop and operate the new port, the political scenario took a 180-degree turn with the Rajapaksas being ousted in 2015.

“By this time, Sri Lanka owed more to Japan, the World Bank, and the Asian Development Bank than to China. Of the $4.5 billion in debt service Sri Lanka would pay in 2017, only 5pc was because of Hambantota,” the report states.

The report also quotes two Sri Lankan central bank governors, who agree that Chinese finance was not the source of the country’s financial distress.

“Furthermore, Colombo arranged a bailout from the International Monetary Fund (IMF) and decided to raise much-needed dollars by leasing out the underperforming Hambantota Port to an experienced company—just as the Canadians had recommended. There was not an open tender, and the only two bids came from China Merchants and China Harbor; Sri Lanka chose China Merchants, making it the majority shareholder with a 99-year lease, and used the $1.12 billion cash infusion to bolster its foreign reserves, not to pay off China Eximbank.”

The report concludes by pointing out that China, within the past 20 years, has 27 firms among the top 100 global contractors, up from nine in 2000, while Europe has 37, down from 41, and the US has seven, compared to 19 two decades ago whereas foreign firms continue to partner with it in port developments worldwide.