The new Sorento is causing ripples in the market and bodes well for the company, even if an older model is being introduced 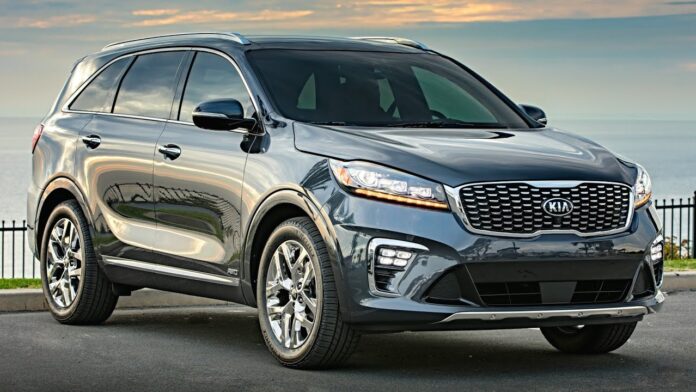 On the surface, it seems like common sense. The average Pakistani household has 6.7 people. Yet our preferred method of transportation is the classic, stuff everyone in the tiny car, philosophy. Barring that, it has been a ‘van’ – think the Suzuki Bolan, or APV, that is useful for larger families

For families that own cars, sedans are the done deal. The trend of SUVS has been slow to catch on in Pakistan – they are expensive, they consume a lot of fuel, and in previous years, the road conditions did not warrant such nice cars.

But this has changed in the last few years, with the advent of the SUV. As other outlets have noticed, SUVs are now the rage for that group of people who would typically have opted for a high-end sedan. SUVs account for less than 10% of all car sales in Pakistan, but are expected to grow (consider India, where SUV car sales now account for 36%). Those that would have bought nice Honda Civics and Toyota Corollas are now gravitating towards compact SUVs.

Kia Lucky Motors has been at the forefront of this, introducing the Kia Sportage, which appeals to those who bought high-end sedans; and the Picanto, which captures the mid-size passenger car range. And now, it is back, offering a brand new seven seater, the Sorento. This will be offered in three variants: 2.4L front wheel drive, 2.4L all wheel drive, and 3.5L front wheel drive.

In a note sent to clients on February 16, Shahrukh Saleem, analyst at AKD Research, said: “Though prices have not been finalized yet, with the car being a direct competitor to Toyota’s Fortuner, we believe introductory prices can potentially be at a discount to Fortuner’s price range of Rs7.7 million to Rs9.1million.”

So first, the good news: assuming an average price of Rs8.1 million and conservative estimate 3600 units sold during fiscal year 2022, the contribution to revenue could stand at Rs29.2 billion. And if one assumes an operating margin of 7%, the operating profit will stand at Rs 2 billion. Reportedly, the Sorento has already done well, with 1200 units sold in pre-booking. The company wants to sell 400 units a month, though this remains to be seen.

Now, the bad news: the Sorento is up against the Toyota Fortuner, which also has three variants: Fortuner G (4×2 Std), Fortuner V (4×2 Hi) and Fortuner Sigma4 (4×4 Hi). “Though the specifications being offered are attractive, we believe the path to success will not be as smooth as was the case with Sportage which commanded first mover advantage while Sorento will be competing with a well established brand of Fortuner,” explains Saleem.

Kia Lucky Motors has played the optics game well: it was the first company not to introduce older models of the Sportage and Picanto in the country, which is typical for Pakistani auto manufacturers. This marked it as different from other Pakistani manufacturers, who often introduce older models of an existing car in Pakistan (which is why the cars on Pakistani roads always look, well, not as brand new as cars in other countries). Yet, the company has decided to introduce an older version of the Sorento in Pakistan, perhaps marking a break from its previous behaviour.

That being said, the overall landscape remains intact for further growth in automobile sales, after they have increased by 22.8% year on year for the first seven months of 2021, as economic activities picked up post the Covid-10 pandemic, and low interest rates also helped.  To top it off, even though Lucky Motors does not report its numbers to Pakistan Automotive Motors Association (PAMA), the company reportedly was able to sell more units than Honda Atlas in January 2021. In fact the company had to move into a double shift  in order to cater the increasing demand.

All this can only spell good news for Lucky. Accordingly, Lucky has performed 23% during the last six months against 17% for KSE- 100, mostly because of proving cement prices and upbeat demand, which have continued to positively impact profitability. Increasing coal costs may affect the company, but that seems manageable for now.

What about the future? According to Saleem, more offerings are also in the pipeline, with Kia Cerato also expected to be launched during 2021. That will mark Lucky’s entry into the sedan market: essentially the opposite growth  route of what other car sellers have tried before in Pakistan.

Aside from cars, onlookers are patiently waiting for the commencement of Lucky Energy (LEPL) which is now slated for the first quarter of 2022, subject to the availability of grid connection. According to Saleem, once commissioned, it is expected to contribute Rs24.5 to consolidated earnings per share in 2022, and Rs23.27 to earnings per share in 2023.