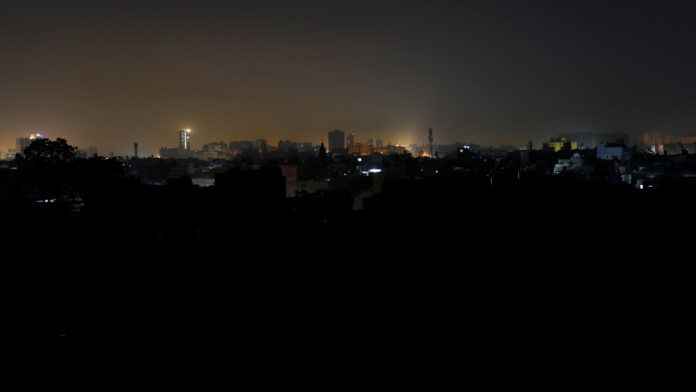 ISLAMABAD: The Power Division has informed a parliamentary panel that an inquiry committee probing into last month’s countrywide blackout has held officials of the Guddu Thermal Power Plant responsible.

“The problem occurred due to a human error at the Guddu power station. The error led to the tripping of the entire power system. The fault occurred as some officials did not follow SOPs [standard operating procedures] during maintenance work,” said Secretary Power Ali Raza Bhutta while briefing the members of the National Assembly Standing Committee on Energy on Monday.

“Due to a mistake, the Guddu Thermal Power Plant tripped and there was a complete blackout. At the time of the blackout, the power consumption in the country stood at 10,000 megawatts,” he added.

On January 9, the country plunged into total darkness after the National Transmission and Despatch Company (NTDC) power system encountered a major breakdown due to the tripping of the Guddu Thermal Power Plant at around midnight. The blackout had been reported a little before midnight by citizens on social media from across the country, including major urban centres such as Karachi, Islamabad, Lahore and Multan, as well as smaller towns and cities.

Netblocks, which monitors internet outages, had said that internet connectivity in the country “collapsed” as a result of the blackout.

According to the power secretary, the Power Division had received three reports on the blackout, which would be submitted to the federal cabinet.

He said apart from the Guddu Thermal Power Plant officials, the inquiry committee had also nominated those responsible for not improving the NTDC system. “The inquiry committee has proposed to take measures to ensure that the failure of one plant does not trip the entire system in future.”

Furthermore, the parliamentary panel blocked a government bill seeking restoration of its powers to impose an unspecified amount of surcharges on electricity consumers, in an attempt to regain powers for the imposition of surcharge that had been withdrawn in 2017.

The finance and power secretaries earlier explained to the committee that an amendment to the NEPRA law would empower the federal government to impose such surcharges on any or all categories of consumers which may be notified from time to time on each unit of electricity, in addition to the notified tariff, rates and charges determined by the regulator.

Earlier on January 10, a day after the incident, the government had blamed the old transmission system for the breakdown.

Energy Minister Omar Ayub Khan had said that during the past tenures, no attention was paid to the improvement of the transmission system on modern lines. “Under the government of PML-N [Pakistan Muslim League-Nawaz], the country saw eight major power breakdowns”.

Meanwhile, nine energy projects have so far been completed under the China Pakistan Energy Corridor (CPEC), contributing 5340 MW of electricity to the main grid, which would meet the country’s vital needs for industry, agriculture, and domestic consumers.

Out of a total of 22 projects, another eight are near completion and would pump in an additional 4470 MW of electricity to the national grid. Another five projects are in the planning and implementation phase.

ISLAMABAD: The federal cabinet is likely to choose one of three shortlisted candidates during the coming week's scheduled meeting for the top position of...
Read more
- Advertisement -

December 5, 2021
ISLAMABAD: The government is likely to miss the wheat production target due to higher rates of fertiliser in the market. Sources said that small farmers...