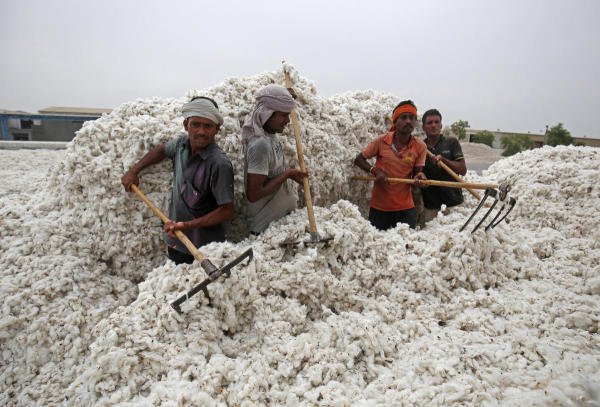 ISLAMABAD: Pakistan has decided to import cotton from the Central Asian states through Torkham border, it was learnt on Wednesday.

According to sources, the Ministry of Commerce has sought the ECC’s approval to import cotton from Afghanistan and Central Asian states, including Turkmenistan and Uzbekistan.

The Economic Coordination Committee will take up the MoC’s summary on cotton import on Friday.

As per the data released by the Ministry of National Food Security and Research, cotton production in the country would most likely clock in at 7.7 million bales this year, as against the consumption of 12 million bales. Cotton ginners, on the other hand, estimated 5.5 million bales for the year.

Sources said that MoC has also requested the food ministry to make arrangements for fumigation at Torkhum border. In addition, they added, the government is mulling to import cotton and yarn from India.

Adviser to Prime Minister on Commerce Razzaq Dawood shared in a tweet on Wednesday that the prime minister has expressed serious concerns over the shortage and escalating prices of cotton yarn. “The PM has instructed [officials] to take necessary measures, including cross-border trade of cotton yarn, to keep the momentum of value-added exports,” he added.

According to sources, APTMA is currently exerting pressure on the government, asking it not to allow cotton and yarn import from India as some millers have allegedly hoarded the commodity owing to which rates were high in the market.

Presently, the price of cotton is at an all-time high of Rs12,000 per maund.