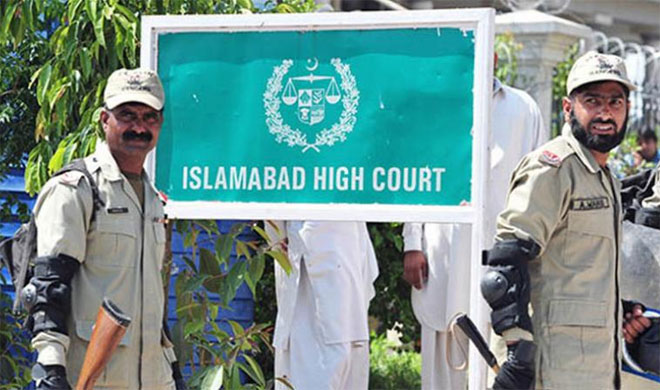 ISLAMABAD: The Islamabad High Court (IHC) has adjourned till next month a petition challenging the appointment of National Bank of Pakistan (NBP) President Arif Usmani.

As per details, a single-member bench, comprising Justice Mohsin Akhter Kiyani, on Monday adjourned the hearing till April 19 on the request of the Federal Board of Revenue’s counsel.

During the hearing, NBP president’s counsel Ahmer Bilal Sufi claimed that his client, despite having a degree in Physics, has about 40 years of banking experience. “Banking has changed now, and people belonging to different sectors can be successful in this field as shown by many research articles published in the Wall Street Journal,” he contended.

The court argued that the law does not follow this philosophy. “This means that there is no need for educational eligibility while advertising the post, and that anyone can be awarded these posts,” the judge remarked.

Meanwhile, petitioner’s counsel Waqar Naqvi informed the court that FBR in 2018 had served a tax default notice to Usmani, “which is still pending while he had submitted a fake tax declaration on 17 November 2018”.

The FBR objected this claim.

Usmani’s counsel said that according to the Bank Nationalization Act, the government can appoint any one of its choice as NBP president and that there was no violation of staff service rules in the appointment of NBP chief.

After two hours of arguments from both sides, the court adjourned the hearing till 19th April.