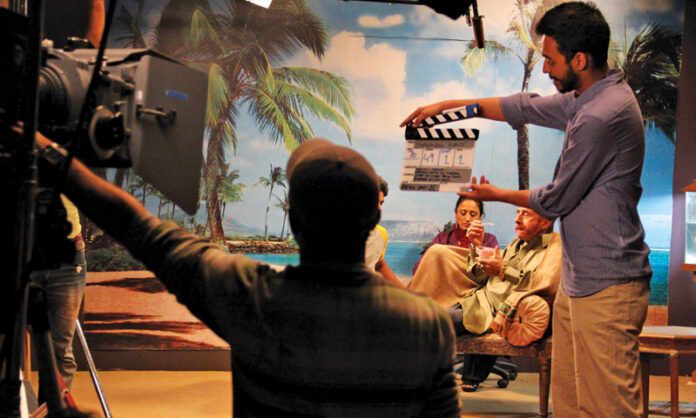 ISLAMABAD: The government will form new policy parameters in order to ensure the film industry’s revival and overall growth in the country to announce a substantive package and review of major taxes to spur productions.

In this regard, Federal Minister for Information and Broadcasting Chaudhry Fawad Hussain and representatives of Pakistani Film Producers Association (PFPA) held
a formal meeting to work out modalities for the revival of the industry.

It was revealed out that the government had been working to revise current film policy for the past several months and that a new film policy would be announced by next month.

New Film Policy will be announced next month, all major taxes on Films will be abolished likewise Dramas and Film business will get special benefits, hope new Film Policywill go a long way to revive Pak Film industry https://t.co/GQnH4pEGYo

The PFPA delegation was also informed that the new policy would review taxes
on films, in addition to providing special incentives for TV and film productions.

Earlier in April, Senator Faisal Javed had stressed the need for new guidelines that ensure safety of film stars besides, ensuring their right to royalties.

Entertainers, writers and people associated with industry have welcomed the government’s initiative to rationalise major taxes on film production, terming it a major move to revive the sector.

Talking to APP on Thursday, Ishtiaq Asif Naqibi, a writer and poet said, “ The step will encourage new investors to work hard to revive the industry with quality productions.”

Veteran actor and entertainer, Aijaz Aslam, in his remarks to foreign media said that government’s new approach would encourage new and young producers to work in the country.

Actress and model, Saheefa Jabbar Khattak also advocated for royalties. “I am pleased to hear that the government is working to protect the rights of artists by instituting a policy which will allow them to earn royalties.”