What’s in a name? Everything, apparently

Byco has gotten it bad. Is a name change really as important as they think? 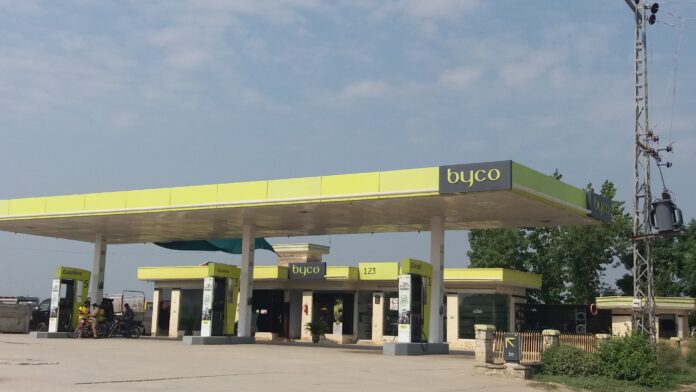 Byco just can’t catch a break. As this magazine has previously noted, every possible accusation has been lobbed at the company. The refinery has been accused of defrauding state-owned oil companies, violating international sanctions, and creating an artificial shortage in the Pakistani oil market – among other things. And it doesn’t matter what the company’s lawyers and PR team come up with, the stink doesn’t seem to be leaving Byco. Nevermind that  (as Profit has previously mentioned) data presented in the government’s own inquiries found that Byco’s storage capacity helped calm the oil crisis, rather than aggravate it. The name ‘Byco’ has become a byword for drama, and supposed corruption.

So,what route did the company decide to take? What solution did it come up with? Did it decide to fix the books, find new evidence to support its case, start a robust PR campaign, or do all three? Nope. It decided to disappear.

On June 14, the company notified the Pakistan Stock Exchange that it had decided to rename itself. “The Board of Directors of Byco Petroleum Pakistan Limited (the “Company”) has considered and approved a change in Company’s name from’ Byco Petroleum Pakistan Limited’ to ‘Cnergyico Pk Limited’, the notice read. This decision has been previously approved in the extraordinary general meeting held on April 26, earlier this year.

The name change faced some derision on social media. Some twitter users asked how to pronounce the weird sounding name. Others suggested that the name change was simply a way for Byco to wash its hands of the old name, and thereby try to erase the alleged scams from people’s memory. Certainly the CEO of the company, Amir Abbassciy, thought this might work. In a press statement, he attempted to connect the name to the word ‘synergy’. The term is a classic example of corporate speak. It actually refers to the phenomenon that the combined power of a group working together is greater than the total power achieved by each working separately.

And so, as Abbassciy says, “The oil and gas industry is currently undergoing a metamorphosis, exploring alternate energy sources, responding to climate change, and evolving new business models. We are intensifying our investment to further modernize our business and to cater to tomorrow’s petrochemicals and energy requirements of our nation. To commemorate this investment, we are rebranding ourselves as Cnergyico Pk Limited to reflect our new positioning in the industry. We aim to create synergy in the energy vertical, leveraging our strengths and new sources of energy that are developing both locally and globally.”

That was five sentences of corporate speak, and 30 seconds of your time, you will not get back. However, the CEO did manage to say something of substance: that the oil and gas industry is currently going through a metamorphosis. That, more than the alleged scandals, is the real story of Byco’s fall from grace, and why a name change was deemed necessary. Cnergyico is a portmanteau of Chemicals Energy Integrated Company.

Most Pakistani oil refineries make three products: furnace oil, liquefied petroleum gas, and naphtha. These typically have very flat margins. To make matters worse, in the last few years, the electricity generation sector in Pakistan switched over from the much more expensive furnace oil to the much cheaper liquefied natural gas (LNG). In fact, in the company’s annual report of 2020, Byco pointed to the consistent decline in local consumption of High Sulfur Furnace Oil (HSFO), which stood at one third of what it was in 2017.

Two other issues occurred: first, because of the International Maritime Organization’s 2020 restriction on the use of HSFO as bunker fuel from January 2020, HSFO prices nose dived in the international market between November 2019 to March 2020. Second, the Pakistani government changed the specification of imported motor spirit and diesel to Euro V, which means refineries now have to upgrade to be able to produce those specifications.

And that is why Byco has been struggling. To be fair, it has tried new methods: for instance, last year it announced the seting up Fluid Catalytic Cracking (FCC) unit to convert furnace oil into motor spirit and diesel (to tackle problem 1); and a Diesel HydroDesulfurization (DHDS) unit to remove sulfur from diesel and produce Euro V compliant diesel. Both units will be operational by 2024.

It doesn’t matter whether the company is called Byco, or Cnergyico, or ‘Number 1 Best Oil Refinery’’. What matters is that the demand for furnace oil has dropped, and as one of the largest refineries in the country, the company now has to figure out how to combat that. Otherwise, the name change will have been for naught.

Corrections and amplifications: An earlier version of this story quoted social media statements from individuals implying wrongdoing on the part of Byco. Those statements have been removed. The derivation of the new name had previously not been mentioned in the story, and has been added to this version. The story has been edited to reflect that change.
Share
Facebook
Twitter
Linkedin
WhatsApp
Email