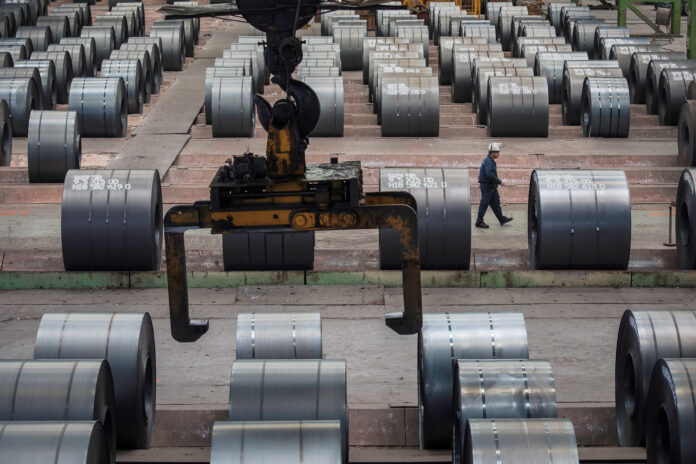 Chinese firms including, Century Steels Pvt. Limited and AL-Haj Asia Star Steel Company Pvt. Ltd., in a joint venture with local companies, have come forward to oppose the government’s initiative, saying that they were worried about the future prospects of their investments.

According to sources, representatives of the two companies, accompanied by a delegation of the local steel industry, met with the Federal Minister for Science and Technology, Senator Shibli Faraz, here in Islamabad on Tuesday and expressed their concerns about the abrupt removal of sales tax on the steel units operating in PATA.

The prime minister had inaugurated the first ever Chinese steel unit of 500,000 MT annual capacity – Century Steels Pvt. Ltd., in the Rashakai Special Economic Zone (SEZ). This is an exclusive investment from any Chinese company in the steel sector. The company is near to completing civil work and to go into production.

Earlier, all stakeholders in the steel industry, while opposing the government’s decision to abolish FED on units operating in erstwhile FATA, had claimed that there was a political hand behind the initiative, which they believed would destroy the industry.

The major players in the iron and steel sector said that mis-planning and lack of regulatory oversight was creating distortions in the industry. While criticising the policy makers and government functionaries for inefficiencies, the members of iron and steel sector, in a statement said that after failing to run the Pakistan Steel Mills, the officials were bent upon destroying the steel units in the private sector.

“The capacity of Pakistan steel was only 1.2 million tonnes per annum and the government could not run it,” said Mian Akram Fareed, Vice president FPCCI, “But the production of only Mughal and Amreli steel was more than 2 mn tonnes annually, and instead of respecting the private sector the officials were creating disturbances for the investors.”

The steel industry was demanding that the decision to abolish Federal Excise Duty to around 40 units located in former Federally Administered Tribal Areas (Fata) will damage the whole industry.

“Just because the tax-exempt goods are sold in the major markets across the country, the main industry was making losses,” Pakistan Association of Large Steel Producers (PALSP) Patron-in-Chief Abbas Akberali said.

He informed that his own company operated at full capacity, and made record sales but still made a loss to around Rs1.7 bn in the last fiscal year (FY20). “It was due to price distortions and when cheap products are available in the markets, we are forced to lower the rates or opt for a shut down,” he added.

He highlighted that after abolishing the FED for units in former Fata, the products from that part will be cheaper by up to Rs27,000 per tonne.

Meanwhile, Javed Mughal of Mughal Steel Mills said that around 0.5 million tonnes of duty free scrap was imported for the units in FATA during the last fiscal year; however, the electricity bill shows that only 100,000 tonnes of steel products were produced.